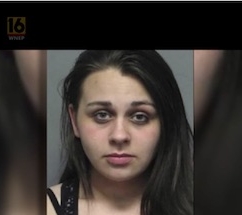 New Orleans, LA—More than three years after the murder of beloved jeweler Patrick Murphy, the woman accused of killing him should finally face a jury.

After delays brought on by the COVID-19 pandemic and later in the aftermath of Hurricane Ida, prosecutors have again scheduled the trial of Megan E. Hall, 28, who is charged with second-degree murder, armed robbery, and obstruction of justice in the killing of Murphy. Her new trial date is April 18, Orleans Parish Sheriff Marlin N. Gusman told the Allentown Morning Call.

If convicted of second-degree murder, Hall faces life in prison, which carries no chance of parole in Louisiana. She also faces maximum prison sentences of 99 years and 40 years, respectively, for armed robbery and obstruction of justice, says the Morning Call.

Murphy was the third-generation owner of Murphy Jewelers with three stores in Pottsville, Hamburg, and Whitehall Township, PA. He was a renowned philanthropist and civic servant, having sat on the Parking Authority and Pottsville Area school board in his native Pottsville.