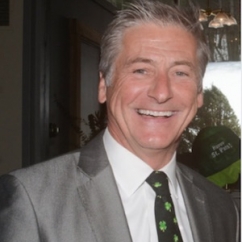 Pottsville, PA—The outpouring of tributes following the death of jeweler Patrick Murphy (left) are the kind usually reserved for elected officials and other public figures, not private citizens. Murphy, 62, was slain Thursday while on vacation in New Orleans, LA. (Image: Pottsville Republican-Herald)

By Friday evening, a makeshift memorial was laid in front of Murphy Jewelers’ downtown Pottsville store, and the local newspaper, the Republican Herald, had posted both a memorial on its website homepage and a photo montage tribute to the town’s “diamond guy” on its Facebook page.

It’s rare for a city’s newspaper to publish that kind of tribute to a private citizen, but Murphy wasn’t just any private citizen. In addition to being one of the most prominent and successful businessmen in Schuylkill County, if not the entire Pennsylvania anthracite coal region, he was a philanthropist doing his best to help revitalize a town fallen on hard times. 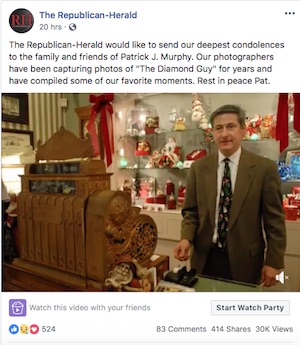 Tributes to Murphy appeared on the Pottsville Republican-Herald's Facebook and homepages, and on the homepage of WNEP-TV 16, the ABC affiliate in Scranton/Wilkes-Barre, PA (below bottom). 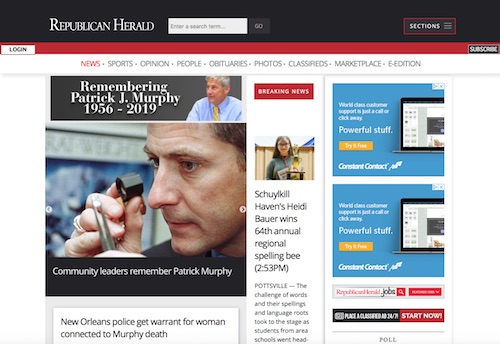 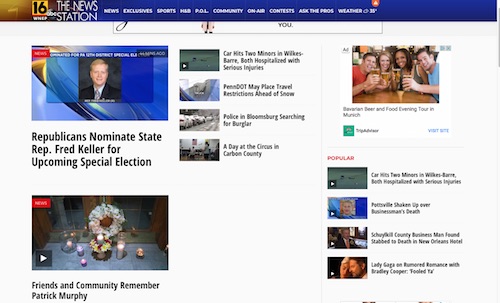 Murphy's philanthropy was foremost among social media remembrances. He didn’t just sign a check for charity; he got involved. For instance, he hosted an annual in-store event called the Soup-er Bowl, where cans of food were redeemable for jewelry discounts, then he personally loaded shopping carts and pushed the donated food up a steep hill to the food bank at St. Patrick’s church three blocks away. 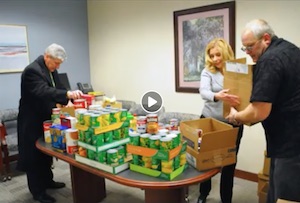 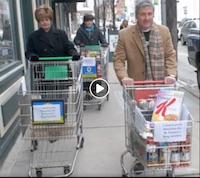 Schuylkill County commissioner George F. Halcovage Jr. told the Republican-Herald the entire region benefited from Murphy’s community work. He served on the town’s North Second Street Rehabilitation Project, worked on multiple downtown promotional events, was working to restore a multilevel parking garage destroyed by flooding, and in the 1980s and early 1990s was elected to several terms on the Pottsville Area School District school board.

“No matter what it was, he always stepped up to the plate,” Halcovage said. “He was an amazing man with a great family who did a lot for our community.”

In an industry filled with challenges, Pat and Kim Murphy are poster children for retail success. Murphy Jewelers is one of the industry’s centenarians, having been founded in 1913 as a jeweler/optical shop by Patrick’s grandfather, Frank, an optometrist. Pat’s father, Francis, took over after WWII, moving the original store to its current location on West Market Street in Pottsville. Third-generation Pat married his high school sweetheart Kim and together they expanded the business, opening their “dream store” in Hamburg, PA in 2004 (it was named one of InStore magazine’s “Coolest Stores” a year later) and, finally, taking over a vacated Carlyle Jewelers space in 2010 for the third location in the Promenade Shops at Saucon Valley, in Center Valley, PA. Pat and Kim’s children, fourth-generation Sean Murphy and his sister Mallory Murphy Frick (and her husband Cody Frick) also have joined the business.

As the shocking news of Murphy’s brutal murder spread through the jewelry industry, industry peers—like his hometown friends—best remembered his infectious smile, perpetual good humor and, again, his boundless kindness and willingness to help fellow jewelers. He was a passionate participant in every industry organization he joined, from IJO to being a longtime Hearts On Fire jeweler, and always was willing to stop and advise and mentor other jewelers.

Many industry memories of Murphy are inextricably linked to seeing him together with his best buddy, Scott Wickam of Goldsmith Gallery Jewelers, on the golf course (including at the Centurion Scottsdale show) or on IJO’s buying trips to Antwerp. 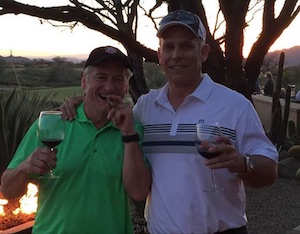 Jim Broz recalled an IJO trip to Antwerp with Wickam and Murphy. “Scotty, I met you and Patrick on my first Antwerp trip…that was the year that he opened the big store and showed me pictures. That Dec 28th I drove to see it with my own eyes, ‘cause I couldn't stop thinking about it. Patrick Murphy was so busy but he still took several hours to show me around and talk to me. I'm so sad...I hope he is in heaven drinking a Heineken bottle wrapped in a napkin."

Caryl Capeci, president of Hearts On Fire, wrote this tribute on Facebook. “One year ago this week, a group of us were lucky enough to see Hong Kong and China through the ❤ and laughter and all around great energy of Patrick Murphy. It was an incredible, memory-filled trip, but now so much more significant. The Hearts On Fire family will never be the same and sending so much love to Kim, Mallory, Sean and the entire Murphy’s Jewelers family. We all share in your sadness but know we have an angel on the other side.”

“Patrick had the innate ability to light up any room he entered. I loved that energy, beautiful smile and boy could he make you laugh!” recalled John O’Rourke.

“The first time I met Patrick was on my first trip to Antwerp. We instantly became friends. Loved beers, cigars and always tried to get together and have one during a show. Always made me laugh,” echoed Joseph Bonafine of Bonafine Jewelers in Massachusetts.

On a personal note, this is among the toughest tributes I’ve ever had to write. Along with Bill Shuster, Cindy Edelstein, Charlotte Preston, and others, Murph (as I’ve always known him) was a good friend—and a link to my own roots.

Although I’ve lived in the Philadelphia region since college, I grew up in Pottsville and Murphy Jewelers was my family’s jeweler. My dad got to know Pat’s dad because Francis Murphy was the only one in town that could fix my father’s Longines watch.

Murph and Kim moved next door to us when I was a senior in high school, and I still remember the day that my cat wandered out of my parents’ house, walked into their house, and settled into a newborn Sean’s crib for a nap, much to Kim’s chagrin. (Everybody left their doors open in those days.) Kim’s cousin Robin was my college roommate and best friend, and I often ran into Murph and Kim at various block parties or in one of Pottsville’s bars or restaurants.

What was most touching, though, was that as incredibly successful as Pat was, he remained humble, choosing instead to celebrate other people. I met many more jeweler friends from hearing him talk about their wonderful stores, and he always celebrated my own career achievements. I remember chatting with him at Centurion late one night, and he was going on about how we used to live next door, and now “here’s this little jeweler from little old Pottsville talking with the top editor in the whole industry,” or something to that effect. I told him he was far more successful than I was, but he was having none of it. That was Pat. As he used to say all the time, “God love ya.” 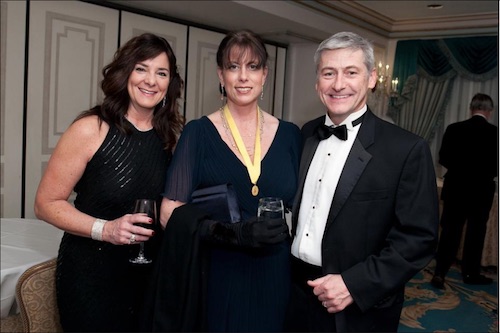 Kim (left) and Pat Murphy (right) with me in the Centurion suite at the 2013 24 Karat Club Banquet.

UPDATE: Hall has been arrested in New Orleans and charged with second-degree murder, which carries a life sentence in Louisiana, reports the Allentown Morning Call. 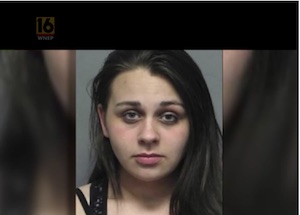 Murphy is survived by his wife, Kim, son Sean, daughter Mallory, and son-in-law Cody Frick. At press time, funeral arrangements had not been made.