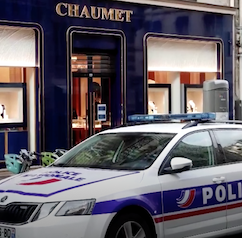 Paris, France—An armed robber who held up the high-end Chaumet boutique in late July not only wore an elegant gray suit for the heist, but also fled the scene on a stand-up electric scooter, carrying about two million euros’ ($2.37 million) worth of stolen jewelry in a white bag hanging from the handlebar.

Reuters and broadcaster BFMTV reported two suspects were later apprehended by French police at a highway rest stop near Metz, a city close to the French-German border. Most of the jewelry was recovered, according to reports.

Meanwhile, celebrity gossip site TMZ says famed French actor Jean-Claude Van Damme coincidentally happened to be in the area at the time of the heist. The actor—an action movie star who in his various roles surely would have given chase to the thief—was apparently visiting a nearby optometrist and his presence distracted potential witnesses who were gawking at him and didn't notice the robber, says TMZ.

Closed-circuit TV from inside the store showed the gray-haired, well-dressed thief, who presented himself as a customer, then pulled out a gun, grabbed the jewels he was being shown, and fled. 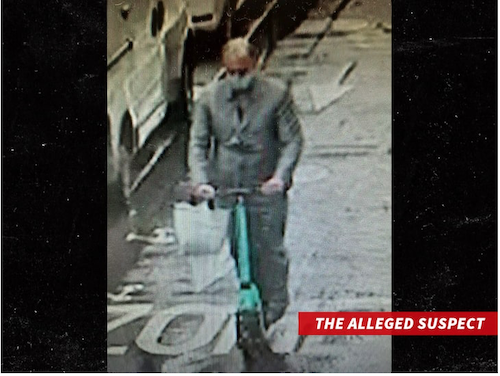 Above: The well-dressed Parisian thief (image,TMZ) whereas most American thieves (below) choose more casual attire for robbing a jewelry store. 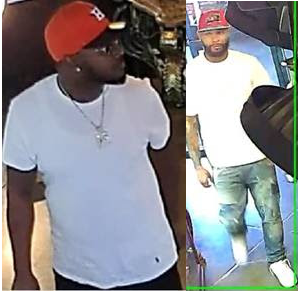