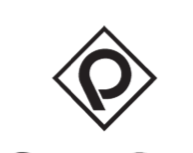 New York, NY—As consumers across the board increasingly demand to do business with companies that demonstrate socially, environmentally, and ethically responsible business practices, Premier Gem Group has developed and implemented a complete code of ethical conduct and has asked all its suppliers and clients of all its affiliated companies to agree to abide by it.

A letter from president Stuart Samuels read in part, “As part of our commitment to maintaining the highest standards of ethics and conduct within our industry, Premier Gem and its group companies have been long standing members of the RJC (Responsible Jewellery Council).

One of the concrete steps we have taken is to adopt a strict Supply Chain Management policy as well as implementing a Grievance Procedure. We would appreciate your responding to this email acknowledging that you read it and agree to abide by its principles. A simple reply saying ‘yes we do’ would be sufficient.”

Here is the Premier Gem Group codes of conduct initiative, including policies of good behavior and the company’s process to address breaches of conduct.

1. ​Commitment.The Premier Gem Group business codes of conduct are policies of good behaviour and procedures for breaches, with added responsibilities and motivations for higher duty of care.

Premier Gem is committed to the respect of human rights and to avoiding contributing in any way to conflict.
The Premier Gem Group expects business associates, such as suppliers, sub-contractors, customers, and others with whom The Group has a substantial involvement, to maintain high standards themselves. Premier Gem will comply with all UN sanctions, resolutions and laws.

2. ​Implementation.The Premier Gem Group shall use its best endeavours to ensure that its business associates in the diamond trade (suppliers, sub-contractors and customers) will act in accordance with the Best Practice Principles (BPP's) as well as in accordance with the Universal Declaration of Human Rights and International Labor Organization Fundamental Rights at Work.

2.2. The Premier Gem Corp. commits to not engage in bribery, corruption, money laundering, or the finance of terrorism.

2.3.The Premier Gem Group will not provide direct or indirect support to illegal arms groups.

2.4. The Premier Gem Group shall make every effort to communicate effectively to suppliers, sub-contractors and customers for promotion of policies and procedures for implementation of Best Practice Principles and their commitment to Human Rights.

2.5. The Premier Gem Group shall make every effort to obtain a contractual undertaking from relevant suppliers, sub-contractors and customers that they will do due diligence within their own companies to comply with and implement the BPP's and with our commitment to Human Rights.

2.6. The Premier Gem Group will make use of the Office of Foreign Asset Control, or similar organizations to monitor which, if any of its business partners are not in compliance with our code of conduct.

2.7. The Premier Gem Group will neither tolerate nor profit from, contribute to, assist or facilitate the commission of:

2.8. The company will immediately stop engaging with upstream suppliers if we find are a reasonable risk that they are committing abuses described in 2.7 or are sourcing from, or linked to, any party committing these abuses

2.9. The Premier Gem Group will use only purchase and sell diamonds in accordance with the Kimberley Process certification and the World Diamond Council System of Warranties on all appropriate sales and purchases.

2.10. The Group will enact a grievance mechanism, in which we can be contacted if there were to be a breech within our code of conduct. This mechanism will be made readily available to anyone who may find cause to inform the company of any Human Rights violations.

The document concludes by naming Efraim Marcus (efraim@premiergem.com) the Group’s supply chain compliance officer. He, along with the company management, will conduct due diligence to investigate any risks that can be associated with conflict-affected and high risk areas. The Group will also review the supply chain policy annually, updating as needed.

A Supply Chain Grievance procedure is part of the new initiative, to hear concerns about circumstances in the supply chain involving diamonds or colored gemstones from conflict-affected and high-risk areas. Marcus also is responsible for implementing and reviewing this procedure.

Upon receiving a complaint, the company will aim to: