Midland, TX—Cathy Eastham, owner of Midland, TX-based Cathy Eastham Fine Jewelry, was honored with the Uptown Midland Business and Professional Women's 2018 Woman of Achievement Award on Monday, October 15. The event, held at The Petroleum Club of Midland, was a major fundraiser for the Uptown Midland Business and Professional Women's Club (BPW). Proceeds from the evening’s auction items go to MD Anderson hospital, for cancer research, while proceeds from table benefit the organization’s general fund and are used for the community projects and charities BPW sponsors throughout the year. Some of those include needy families BPW supports at Christmas, Midland Fairhavens, and numerous donations made to nonprofits in the area, such as BPW’s sponsorship of Pink the Park, Gifts of Hope, a tribute to those affected by breast cancer.

Eastham (above left addressing the BPW audience, and below with former president George W. Bush at Centurion in 2015) was selected to receive this year's BPW Woman of Distinction Award as she has been a generous donor of her time, energy, and donations to local charities. The Association of Fundraising Professionals also honored Cathy Eastham Fine Jewelry last year as the 2017 Outstanding Philanthropic Business. 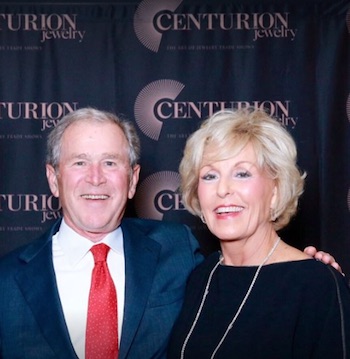 Eastham currently serves on the board of directors for the Museum of the Southwest; board of governors for Permian Basin Area Foundation, and is past chairman of High Sky Children’s Ranch. She often donates jewelry pieces to charity events that benefit those in the community, such as Safe Place of the Permian Basin, Aphasia Center of West Texas, The Junior League of Midland, March of Dimes, American Cancer Society, American Diabetes Association, American Heart Association and many others.

In the jewelry industry, Eastham is well known and was selected by jewelry designers as one of the top 50 designer retail jewelers in the nation.

Time’s Up? Sears Started In Watches But May End In Bankruptcy

Chicago, IL—Time looks to be running out for Sears, which filed for Chapter 11 bankruptcy proceedings on Monday.

In 1886, Richard W. Sears, a railroad station agent in North Redwood, MN, began selling watches to supplement his income. Within a year, he opened a store in Chicago and hired a watchmaker named Alvah C. Roebuck. The two soon expanded beyond watches to a plethora of household goods, clothing, toys, hardware, and even tombstones. The retailer even sold about build-it-yourself house kits. About 75,000 were sold between 1908 and 1940, many of which are still standing. It also continued to sell jewelry and watches.

Related:  As Sears Gasps For Life, Could It Have Been Amazon Instead?

Sears was the Amazon of its day, providing customers in remote areas with the same sought-after goods that big-city consumers enjoyed, while some of its brands—Kenmore appliances, DieHard batteries, and Craftsman tools—grew to iconic status. The famed Sears catalog, launched in 1888, became almost as much of a fixture as the Bible in American homes. After WWII, with its history of serving customers outside of major city centers, Sears boomed with Americans’ flight to suburbia: by the mid-1960s, it had become the world’s largest retailer. 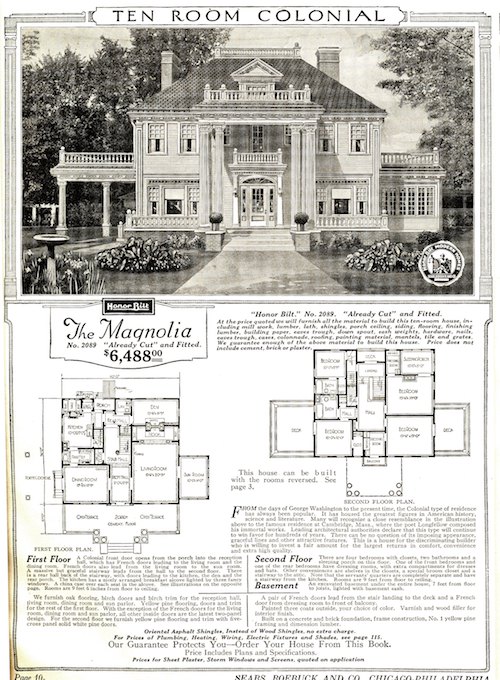 Despite its place as the quintessential middle-class retailer, the DIY housebuilding kits offered in the Sears Catalog from 1908-1940 were far from Levittown-style tract bungalows.

But too much diversification into non-core businesses (finance, real estate) left too little cash for the retail division, and its leaders also failed to recognize consumers’ shifting preferences for online shopping and big-box stores. Given its history as a mail-order business, Sears should have been the leader online but it proved no match for Amazon. (Amazon, meanwhile, is exploding into a variety of industries, from groceries to original-content TV programming and, reportedly, jewelry--along with motor oil, tires, and movie theaters.)

Sears already tried to stanch the bloodletting by selling off its iconic brands and the famed Sears Tower skyscraper, shutting the catalog, and shedding more than three-fourths of its stores and workforce. But analysts say it’s very likely too little, too late and predict, as the retailer closes 142 more of its remaining 700 or so stores and eliminates thousands more jobs, that time has truly run out.

New York, NY—A new study by the International Council of Shopping Centers (ICSC) has shown that when a new physical store opens, it drives up that retailer’s web traffic by an average of 37%. 80% of store openings ICSC studied resulted in increased web traffic for those retailers, and in the specific market of the store, a physical store drives up the share of web traffic in that market by an average of 27%. The impact is even stronger for what ICSC calls “emerging retailers,” or those that have been around less than 10 years: those jump 32%.

In markets where stores are present, 84% of consumers have shopped in those stores, says ICSC. Indeed, many originally pure-play e-tailers—including Amazon and Blue Nile—are opening physical presences to better connect with customers, even if it’s only to showroom the merchandise. 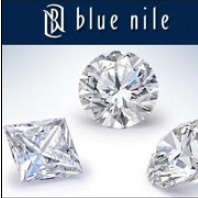 ICSC says the reverse holds true as well: closing a store impacts web traffic negatively, dropping it by an average of 11%.

While these findings are good news for brick-and-mortar retailers—and admittedly ICSC is not exactly a neutral bystander here—they’re not that surprising. It is a well-established fact that when a branded store opens in a mall or neighborhood, rather than cannibalize sales of its brand at other nearby retailers that carry it, those retailers all benefit: the others will sell more of that brand as well.