Omaha, NE—Sales of fine jewelry were up very slightly (2%) by dollar value year-on-year (left), but unit sales were down in every category, according to August sell-through data from The Edge Retail Academy. Through its Edge Pulse program, the Academy anonymously aggregates and benchmarks sales data from over 1100 jewelry retailers. The data covers the 20-day period from August 11-31.

The bright spot was diamond sales, which edged up 1% by value year-on-year for the month of August, although unit sales were down 2%. The bump in total value resulted from a rise in the average ticket, up by $58 over the same period last year. Average ticket prices also rose modestly for the other categories—colored stones and silver and alternative metals—studied by The Edge. Those modest increases in per-ticket sales for all categories were enough to push total gross sales (by value) up 2%. 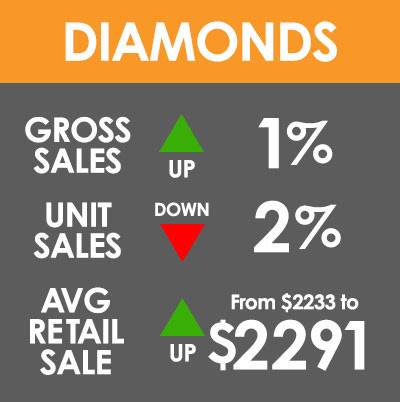 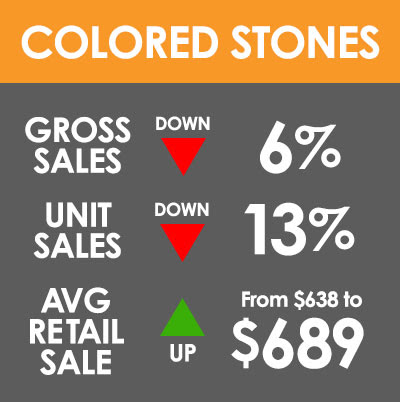 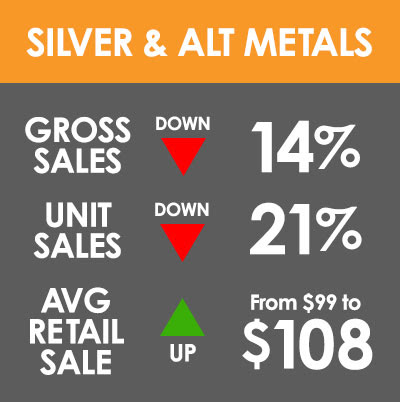 All charts, The Edge Retail Academy.

While Robust, Back-To-School Spending Is Down From Last Two Years

New York, NY—Back-to-school/college is the second-biggest shopping season for American consumers after the holidays, accounting for more spending than Valentine’s Day, Easter, and Mother’s Day combined.

While not terribly important for jewelers, the results of the season are nevertheless a worthwhile marker to gauge consumer sentiment for spending in general.

A 2019 National Retail Federation survey, depicted in this chart by Statista.com shows 2019 back-to-school/college spending totals this year have fallen off slightly from the previous two years. Total back-to-school and back-to-college spending for 2019 is projected to hit $80.7 billion, a 2.6% decline from 2018 and a 3.5% decline from 2017, which was almost tied with 2012 as the highest-spending year ever. 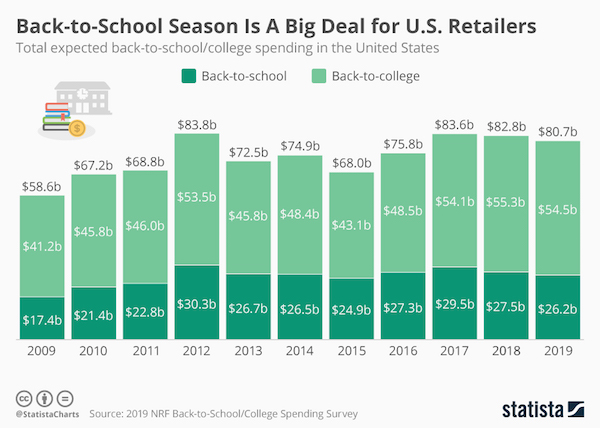 New York, NY—Lord & Taylor, one of the nation’s oldest and most venerated mid-to-upscale department stores, has been sold to a clothing rental company. The retailer, which has struggled in recent years, is owned by Canada’s Hudson’s Bay Company (HBC). It is being purchase by Le Tote, a fashion rental subscription service, which will obtain the Lord & Taylor brand and inventory, its intellectual property, and take over its retail operations, including 38 brick and mortar locations and its digital operations. Purchase price was $99.5 Canadian, or $100 million US. The “vast majority” of Lord & Taylor associates will be offered employment in the new company.

Lord & Taylor most recently made news when its historic flagship building on Fifth Avenue in New York City was sold to WeWork, a company that provides collective working space for small companies and organizations.

In the deal—which is expected to close by year’s end—HBC will have a minority stake in Le Tote and will retain ownership rights to real estate and responsibility for payment on leased locations.

Executives from both companies feel this is a timely next step forward, combining traditional fashion retail with digital fashion rental, the apparel industry’s top trend.