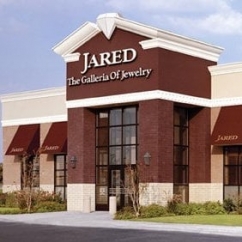 Akron, OH—One step forward, two steps back? It seems like Signet Jewelers just can’t catch a break. After an encouraging report in September 2018, it seemed like the beleaguered retailer’s “Path To Brilliance” transformation plan was working and it had finally put two troubling issues—sexual harassment and gender discrimination suits—behind it.

Alas, not for long. While those two specific issues do seem to be in the rear-view mirror, holiday sales across the company’s U.S. division Sterling fell short—especially at its more upscale Jared The Galleria of Jewelry brand—and total Q4 sales dropped 3%. For the entire fiscal year, the retailer is anticipating same-store comps to remain flat.

It also got hit with $11 million in fines over its credit practices. New York Attorney General Letitia James accused the company of both tricking consumers into applying for credit cards and/or misleading them about what they were signing up for. The jeweler was ordered to pay $10 million to the U.S. Consumer Financial Protection Bureau and $1 million to James’s office. Sterling denied the allegations but agreed to settle and pay the fines in lieu of running up more costly litigation, reports National Jeweler.

The holiday, meanwhile, was not very merry for Sterling either. Despite new product, new commercials, and improved digital efforts, heavy department store discounting on jewelry drew shoppers away during the all-important fourth quarter. Indeed, by early December, CEO Gina Drosos had warned analysts of the heavy discount competition, which only intensified through the month.

The Jared division posted the worst decline in holiday comps, down 8%. Same-store sales at Kay and its recently-acquired James Allen banners declined marginally: down 0.8% and 0.2% respectively.

Seattle, WA—Jason Goldberger has resigned as the CEO of Blue Nile, a position he held for the past 18 months. He is being replaced on an interim basis by Eric Anderson, executive vice president of Bain Capital Private Equity. Bain, along with two other private-equity companies, bought Blue Nile in late 2016.

Goldberger, who came to Blue Nile from heading up Target’s e-commerce, is the third executive to depart since the equity firms took ownership. In addition to Target, he held positions with other upscale e-commerce sites like Gilt.com and Hayneedle, along with Amazon.

Eric Anderson worked as a Bain consultant and also was executive vice president of Domino’s Pizza.