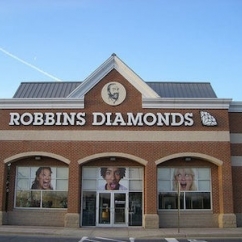 Newark, DE—Robbins Delaware Diamonds, a fourth-generation jeweler serving the Philadelphia tri-state area, is going out of business. The business was founded in 1949 as Leo Robbins and Sons, on Philadelphia’s Jewelers Row. Their son, Gerald “Jerry” Robbins, catapulted the store to fame andexpanded to five locations, becoming not only an icon in the city’s Jewelers’ Row district, but also a fixture on television in the Philadelphia market for his catchy “Rocks At Robbins” commercials for the chain, where each store was named for its specific location and “Our Name is Our Address” became the company tagline. Robbins himself sang in the commercials, and famously sported a diamond clipped into his signature bushy beard. A cartoon drawing of Jerry Robbins adorns the exterior of the Delaware store.

Jerry’s sons Gordon and Jason took over the business from their father, closing all but the single store in Delaware, which they turned into an innovative leader in engagement rings, using a self-service model where non-precious prototype rings are out in the open and customers can try on different styles at leisure, then order for their “real” ring to be custom made.

“While the crazy economy helped convince us to downsize, doing so has proven to be one of the best things to ever happen to Robbins Diamonds, and for our customers,” says the company’s website. “Through the years, Robbins Diamonds has grown with the local economy when times were good, and likewise shared in the not so good times. All of which has helped us in offering the community the type of jewelry they would most like, in the way and at the prices that were the best and most enjoyable for them. And we think if anything, that's the Robbins tradition. And that's certainly held true in the last few years.”

Gordon Robbins lamented to The Centurionhow many independent jewelers are closing viable and profitable businesses.

“We tried to sell for 3 years through all avenues. [We] had a few nibbles but nothing developed. We are turning the key and walking away and going fishing. A hole is now left in the community where they used to have a fourth-generation family jeweler they could trust, that provided jobs and services to the community,” he said. 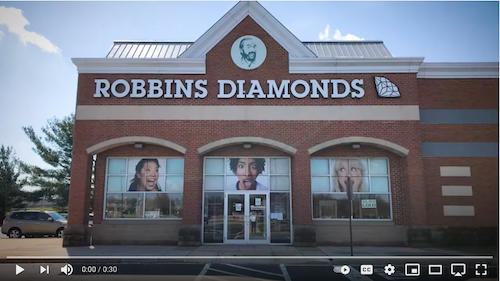 Next article:
Did You Miss Sales Strategy This Week?