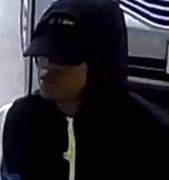 New York, NY—Over the course of 10 days, five retail jewelers in the Lone Star State were hit with smash-and-grab robberies, reports the Jewelers Security Alliance (JSA). All occurred between January 31 and February 9, 2020, and all were carried out by suspects wearing hats and hoodies to conceal their identities. The images shown left and below are from crimes occurring on February 9, 2020.

February 6, San Antonio, TX: 4:30 p.m.,three suspects with sledgehammer. Reportedly left in a gray, four-door sedan. If you have information, contact North Property Crimes of the San Antonio Police Department at (210) 207-7601.

Anyone with information is asked to please contact JSA at (212) 687-0328 or jsa2@jewelerssecurity.org.

Separately, JSA recommends the following courses of action in a smash-and-grab robbery:

1. Do not resist in a smash and grab robbery. In addition to sledgehammers and other dangerous tools, the suspects may be armed with guns.

2. Showcases with burglary-resistant, laminated glass and special frames can withstand many blows with a hammer and can prevent or reduce large losses. JSA has not seen robbers take retaliatory action when laminated glass is used and robbers are unable to enter a showcase or are able to take only a small amount of merchandise from a small hole. Furthermore, robbers frequently cut themselves on small holes and leave behind valuable DNA evidence from blood.

6. Spreading high-end watch and loose diamond merchandise among several showcases, and not concentrated in one showcase, can reduce the amount of the loss in a smash and grab robbery.

7. Surveillance photos from eye-level cameras inside and outside the store provide excellent evidence for police. Ceiling cameras too often capture useless photos of the tops of heads or hats.

Next article:
Simple Strategies Any Retailer Can—And Every Retailer Should—Do To Stand Out