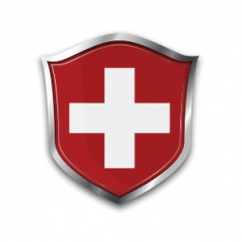 Bern, Switzerland and Paris, France--The Swiss Federal Office of Public Health (FOPH) announced on Friday, June 19 that it is moving quickly toward normalization of its economy. A smaller event, The Geneva Watch Auction: XI, will go forward in Geneva, Switzerland on June 27-28, 2020 and will include in-person bidding, according to the organizer, Phillips. And the French Government has announced it will begin allowing exhibitions to return September 1, 2020. Read the details from Switzerland and France below:

Coronavirus: Move towards normalisation and simplified basic rules to protect the population

Bern, 19.06.2020 - As of Monday, 22 June, the measures put in place to tackle the coronavirus will for the most part be lifted. Only the ban on large-scale events will remain in place until the end of August. This follows the decisions taken by the Federal Council at its meeting on 19 June in view of the continuing low level of new cases. All publicly accessible venues must have a set of precautionary measures in place. However, the Federal Council has simplified the applicable requirements. Hand hygiene and keeping an appropriate distance remain the most important protective measures; the Federal Council continues to rely on the public to behave responsibly.

The Federal Council began to introduce measures to protect against the coronavirus on 28 February, and gradually tightened those measures up until 21 March, before gradually easing them again in three phases from 27 April. The number of new infections, hospitalisations and deaths has continued to fall despite measures being eased, and has stabilised at a low level.

Events for up to 1000 people possible
In a fourth phase, the Federal Council is now lifting most of the remaining restrictions as of 22 June. Events and gatherings for up to 1000 people will once again be permitted. However, contact tracing must be possible at all times. Event organisers must ensure that the maximum number of people that may need to be contacted does not exceed 300. This can be achieved by dividing the venue into sectors. The cantons may see fit to apply a lower number. Large-scale events for more than 1000 people will be permitted from the beginning of September, as long as there is no deterioration in the epidemiological situation. Those attending will also have to be placed in sectors.

As of 22 June, there will no longer be a requirement for customers at restaurants to be seated. The Federal Council is also lifting the fixed closing time for restaurants, discos and nightclubs.

According to a reportb from UFI, the global association of the Exhibition Industry, The French government has announced on June 20, 2020 that exhibitions and events are scheduled to restart as of September 1, subject to a new assessment of the epidemic situation around COVID-19.

"With Germany, France, Italy, and Spain, most of the major exhibition markets in Europe have now set dates for the re-opening of the exhibition industry, as have many smaller countries across Europe," said the UFI release. "Specific terms and conditions for the reopening have not yet been published."