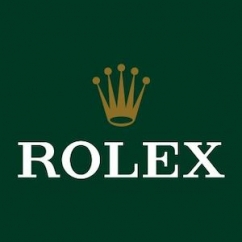 Merrick, NY—Better jewelers continue to have a strong holiday season, despite—or because of—the grim situation brought about by the COVID-19 pandemic. Multiple experts believe jewelers are benefiting from unspent vacation dollars, and reports like this one from Bozeman, MT, show jewelers agree.

43% of respondents to our second-week survey of 2020 holiday business report their sales are up significantly (more than 10%) over the same period last year, and another 14% say sales have risen moderately (between 6% and 10%), for a total of 57% who saw business increase in the second week.

By contrast, 43% said the second week’s business is not as strong as last year—and of those, the majority (29%) are down significantly, more than 10% off their totals for the same period last year. Another 14% are off slightly, less than 5%.

How Was Business For The Second Full Week of the Holiday Season (Dec. 7-13)? 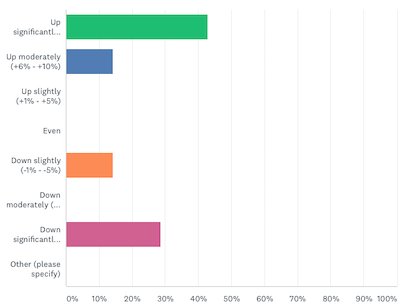 In the broader retail picture, things are not going as well as they are for upscale jewelers. U.S. retail sales fell a seasonally adjusted 1.1% in November, according to the U.S. Commerce Department. It was the biggest drop in seven months, and a steeper decline than Wall Street analysts had expected. The Commerce Department on Wednesday also revised October’s report, saying that retail sales fell 0.1% that month, instead of rising 0.3% as it previously reported, according to the Associated Press.

The broader retail numbers emphasize how very different the holiday will be for different shoppers in what has been acknowledged as a "K" shape economy following the pandemic lockdowns, where affluent consumers who can work from home have been largely unscathed while lower-wage workers and those (even high-wage earners) in the hospitality, transportation, and entertainment fields impacted most severely.

But better jewelers are benefiting. Centurion's respondents report their strongest sales are coming from items with price points between $1,500 and $5,000: 86% are doing well with product in that range. But higher-priced items are moving as well: 58% also said they’re moving a lot of goods between $5,001 and $10,000, and 29% are reporting sales in the $10,000+ range. (Respondents could choose more than one category, so totals exceed 100%).

The big sellers this week were diamonds and watches. Diamond studs were strongest but diamond earrings in general are performing well—thank you, Zoom—and diamond fashion outperformed bridal among respondents. Among those respondents who reported strong sales in watches, not surprisingly, Rolex was the favorite brand cited.

Interestingly, zero respondents this week indicated that low-end goods under $500 were strong performers. Is that a good sign or not? In the immediate sense, a higher-ticket item means more profit and ROI for time spent selling and helps a solid season. But could it suggest that the younger consumers whom jewelers will need to become bigger spenders later aren’t buying this season? Is there any reason to be concerned? We’ll examine that in an upcoming survey.

What Are Your Strongest-Selling Price Points? Check All That Apply 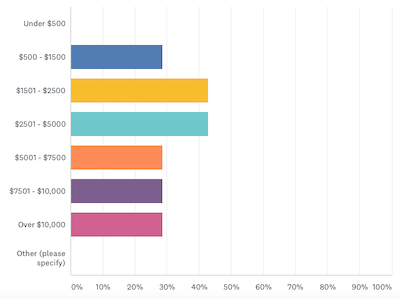