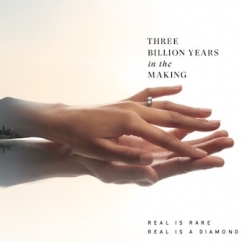 New York, NY—The Diamond Producers Association (DPA) has tapped the creative genius behind Nike, Audi, and other luxury brands for the launch of the latest ad in its Real is Rare, Real is a Diamond consumer ad campaign.

‘The Diamond Journey’ is an unprecedented cinematic telling of the natural diamond story. From genesis to finished jewelry, the remarkable journey of a diamond plays out across time and space in the film. In addition to themes of love and romance, the heirloom quality of diamonds is expressed throughout the film, powerfully tying diamonds to our most intimate moments and life events, says the DPA.

“’The Diamond Journey’ tells the timeless and epic story of natural diamonds in a new and modern way,” said Jean-Marc Lieberherr, CEO of DPA. “We know from research that the majority of consumers are unaware that diamonds are the oldest thing they will ever touch or own. It’s a powerful message that resonates.”

The campaign celebrates with the tagline “3 Billion Years in the Making” across all its assets and, in some instances, also includes “Before there was life, there were diamonds.”

Lieberherr continues, “This cinematic campaign invites the viewer to discover the legacy of natural diamonds from their geological formation, their transformation from rough to polished, and their journey through human history to becoming an ultimate embodiment and symbol of love, connection, and heirloom.”

This campaign chronicles the transformation of a beautiful rough diamond from discovery to the ultimate representation of love, commitment, and meaningful moments. The design of the two-carat cushion cut diamond engagement ring (set in yellow gold) evokes a classic, timeless quality with eternal appeal.

At the epicenter of the campaign is a three-minute hero film that will live on Real is Rare, Real is a Diamond’s website at www.realisadiamond.com with the first phase of its redesign and relaunch to coincide with the launch of The Diamond Journey. In addition to housing the full version of the film, the website details the historical and symbolic references featured throughout. Click here, on the link above, or on the image below to watch. 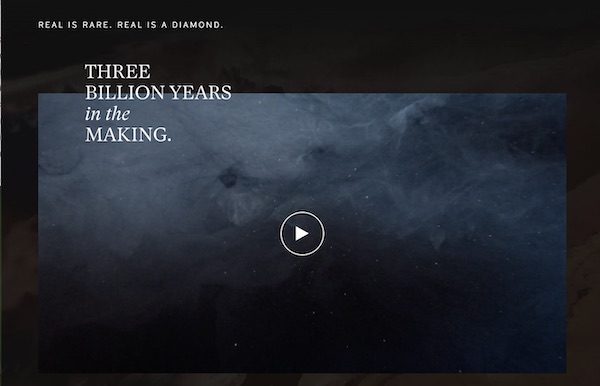 Pons Jewell discussed his first foray into marketing diamonds. “It's hard to describe how special this project is. The chance to write something bespoke to a brief at this scale is extremely rare. But rarer still to have the chance to tell the story of a naturally occurring element. I knew a little about how diamonds are formed but had no idea just how epic the journey is.

“We did a lot of research. Not only did we look into the science but also the human relationship with diamonds through history. It's been an incredible experience; one I don't think I'll ever get to repeat in the commercial world.”

Ad schedule, placements, and trade-use assets. The robust and fully integrated advertising campaign has a primary target of 21-39 year olds. Core to the campaign are Millennials and other consumers in their engagement research journey, but a broader audience will be reached through awareness tactics. The suite of assets that live alongside the film and will be the focus of the multichannel media campaign comprising 60, 30 and 15 second videos; as well as a series of exquisite and striking portrait and landscape still visuals of an embracing pair of hands, one of which is adorned with a diamond ring, emerging from a natural scene.

Additionally, there are over a hundred supplementary visuals from the campaign that will be utilized primarily for social media, as well as 6 and 10 second videos. The assets can be viewed here. Two examples of imagery are shown below: 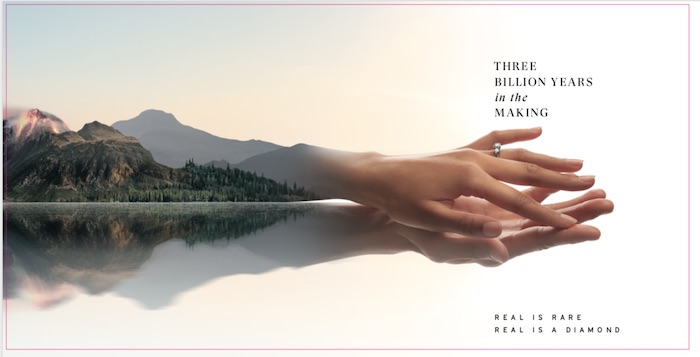 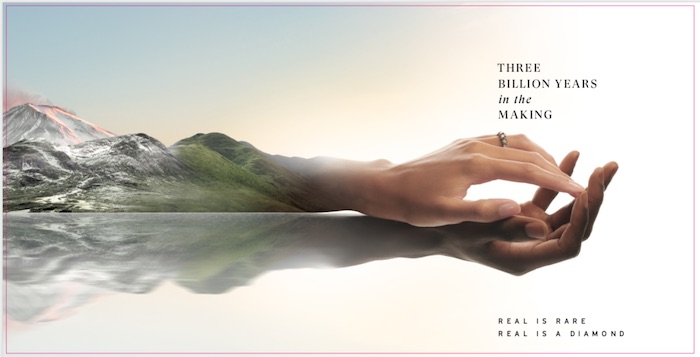 It launches digitally on October 15 with Condé Nast, The New York Times, Sports Illustrated, among others, as well as a strong social media presence with emphasis on Instagram, Facebook and YouTube.

For retailers and other members of the trade there will be an assortment of customizable and shareable campaign assetsincluding print, digital and social media content that can be accessed at http://shop.diamondproducers.com. By using the tools to amplify the campaign, retailers can leverage the momentum from the national marketing investment during the key holiday season.