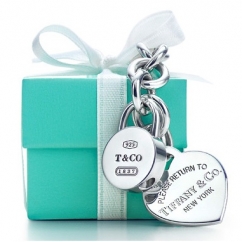 New York, NY—Tiffany & Co. (TIF) and Costco (COS) may be heading back to court.

Tiffany & Co. on August 17 responded to the Second Circuit Court of Appeal’s ruling reversing summary judgment in Tiffany’s ongoing trademark infringement and counterfeiting lawsuit against Costco Wholesale Corporation. The Court’s reversal reflected its belief that the District Court should have allowed the question of liability for infringement and counterfeiting to be presented to a jury in the first instance, rather than decided by the District Court judge.

Related: What The Tiffany-Costco Ruling Means For Luxury Jewelers

“We are disappointed in the Court’s ruling, which finds that a jury, rather than the judge, should have decided the question of liability in the first trial. We continue to believe that the District Court was correct in its findings, and that the jury’s finding on damages, which resulted in a $21 million award for Tiffany & Co., is a clear indicator of the strength of the Tiffany brand, and of the jury’s outrage over Costco’s actions,” said Leigh Harlan, Tiffany & Co. senior vice president, secretary and general counsel. “We have no qualms about trying this case again, and remain confident that a jury will find counterfeiting and infringement upon retrial, just as the District Court judge originally ruled.”

Tiffany first filed suit against Costco in February 2013 for trademark infringement and counterfeiting, among other claims, to prevent Costco’s use of “Tiffany” on signs in jewelry cases at Costco to describe engagement rings that were not made by Tiffany. On September 8, 2015, the U.S. District Court for the Southern District of New York granted Tiffany’s motion of summary judgment of liability, after which a civil jury awarded Tiffany both damages and punitive damages. While the Second Circuit Court of Appeals today reversed the District Court’s grant of summary judgment on the ground that the question of liability should have been presented to a jury, Tiffany—which maintains an aggressive intellectual property program—intends to continue to aggressively litigate the claims on remand.

Tiffany is in the process of being acquired by French luxury conglomerate LVMH.