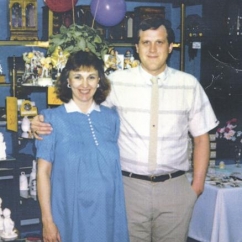 West Point, NE--Randel Jewelry, a community gem for around 65 years, is closing its doors as its owners eye retirement plans.

According to a report, watchmaker Worth Eldon Randel and his wife, Alma, purchased the jewelry store in 1957. They moved the business across the street to its present location at 122 N. Main St. in 1975. And when W.E. Randel passed, it was his son, Glenn, who'd take the who'dnsibility of running his family business. And now he can't believe hcan'twned the he'sness longer than his father.

“My father owned the business for 30 years and I've had it for 35 now. I never thought I’d own it longer than him.” he said in the report.

Glenn noted he didn’t get into the family business right away. After graduating from college at Midland Lutheran College in 1983, he taught physical education and coached in Bloomfield, Neb., according to the report, Glenn said that there's been a constant theme of "stars aligning" in his life. And so it happened. Glenn moved back to West Point to take over the family business and met his wife, Deb. The two married in 1986 and started running the business together.

The two did well for themselves, and credit all the "excllent help" they got with their staff. They even survived major economic fallout. “We survived IBP and Wimmer’s closing, so we lost two major, major industries there. We survived the flood and the pandemic,” Glenn said, as per the report.

Years passed and when the duo realized that they'd spent 35 years in the business, they figured it  was time to retire. ANd then it happened again: the stars alightned, once more.

“Someone came in and wanted to buy our building,” Glenn said in the report. The duo thought over it and agreed to sell the building. That way, they'd get to spend more time with their three children and 11 grandchildren.

The long chapter of there life's coming to an end and there's plenty they are thankful for.

“I'd like to thank all our past customers,” Glenn said in the report. “When my dad took the business over, my mom was pregnant with me. I'm 65, so it's been 65 years. I’d really like to thank everybody that's shopped with us and did business with us.”

Read more in the entire story.

Next article:
Over $40,000 Worth of Items Stolen in Floyd Jewelry Store Break-in