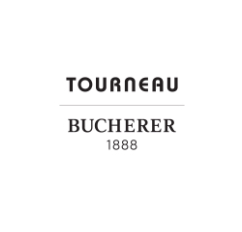 Luxury watch retailer Tourneau, whose clock-fronted “Time Machine” store is a mainstay on Manhattan’s famed 57th Street luxury shopping strip, will be changing its name to Bucherer over the next year (image), while mining company Rio Tinto is hanging onto the Argyle Pink diamond brand name even though the mine where the stones come from closed last year.

WWD reports the 31-store Tourneau—acquired by Swiss jeweler and watchmaker Bucherer in 2018—will become Tourneau Bucherer for one year, after which the 121-year-old Tourneau name will go away entirely and the stores will be called Bucherer, same as in Europe. The move gives the Swiss retailer its sought-after branded presence in the U.S. market, its first market outside of Europe. Bucherer—itself dating back to 1888—is bringing its own branded watches and jewelry to its former-Tourneau U.S. stores as well.

Ira Melnitsky, chief executive officer for Tourneau and president of Bucherer USA, told WWD the change has been in the works for three years and that clients who have spent time in Europe will recognize the Bucherer name. The retailer also is remodeling some of its 31 U.S. stores, including the Time Machine. The famed world clocks over 57th Street will go away and be replaced by something that references them in a “new, interesting, and high tech” way, said Melnitsky in the article. That renovation is slated to be complete by the end of summer.

Separately, Australian diamond miner Rio Tinto's decision to retain its Argyle Pink Diamonds brand despite closing the Argyle mine shows the powerful place the stones hold in the luxury  market. The mine produced many other stones besides its pinks, ranging from the low-end whites that enabled $99 tennis bracelets to exist, to its ill-fated attempt to market light browns as champagne, to legitimately valuable fancy deep cognac browns. The pinks (and reds and purples) represented a minuscule part of the mine's output by carat, but easily were its highest-value stones and gave the miner real luxury-market cred. 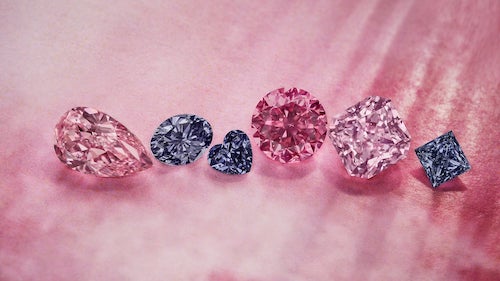 The hero stones from Argyle's 2020 Pink Tender, its second-to-last. The 2021 Pink Tender will be held later this year.

Related: Argyle Stones Should Rocket In Value After Mine Closes

Argyle pinks still will be available from the company’s inventory and on the secondary market, meaning the 37-year-old Argyle brand should still have ample opportunity and reach even with the mine closed, says the NJ article.