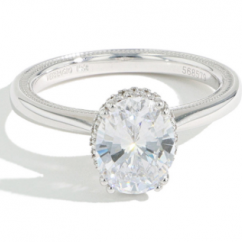 New York, NY—We now know that contrary to expectations, the coronavirus pandemic has hastened, not delayed, many engagements as couples seek to emphasize what’s most important in their lives. Refinery29, a popular online fashion and lifestyle website whose demographics are exactly the prime getting-engaged set, recently posted an article highlighting eight engagement ring trends for 2021.

In the article, R29, as it's referred to, cited both recent celebrity engagements for its trend report, and sought the opinion of The Knot’s Shelly Brown, senior fashion and beauty editor. Brown sees simple (albeit large) solitaires this year, continuing a shift toward cleaner styles without a lot of intricate detail. Diamond shapes may vary, she says, citing Lily Collins’ rose cut and Jasmine Tookes’ oval (both trends she names among the eight), but the settings will be simple. Or they might be vintage and the predominant stone might be emerald or sapphire, a la Princess Diana, whose life in the British royal circles was a central focus of the most recently released installments of Netflix’s The Crown. (Catherine, Duchess of Cambridge, wears the late princess’s ring now.)

The only real “new” trend Brown cited was a “hidden halo,” a new take on the ubiquitous halo ring. Just when we thought there wasn't much else to be done with a halo, in this iteration, the accent stones surrounding the center are much more low-key or literally low-set, such as the Verragio model shown above, available at Florida-based JR Dunn. (Price, $2,100 for the mounting only.) 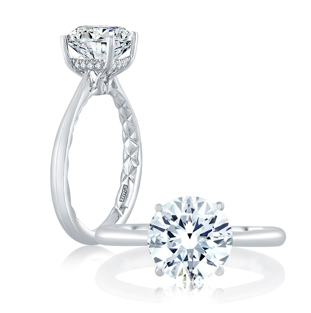 Another "hidden halo" option from A. Jaffe; its "Quilted" style that features texturing inside the band and a simple exterior with a low-set halo of diamonds.

Multi-stone rings—predominantly moi et toi two-stone, or three-stone styles, are another trend to watch, said Brown. (R29 shows two kinds of three-stone rings: either all the stones of the same size, or the traditional large center and smaller sides.) 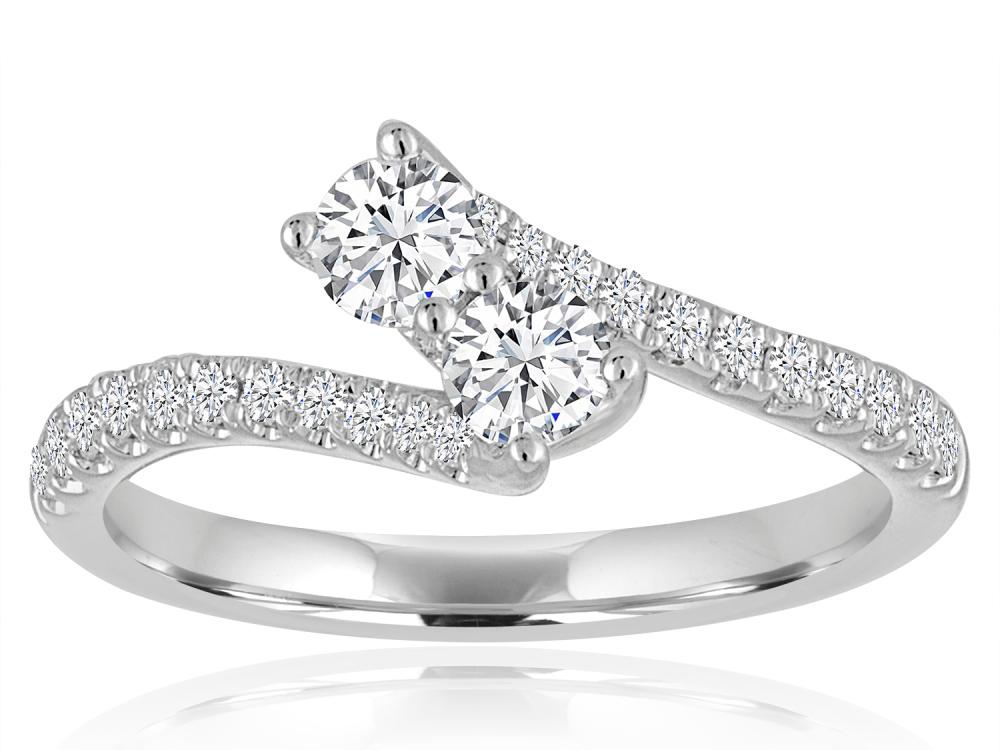 Above, a two-stone ring from the Forevermark collection by Imagine Bridal. Below, Refinery29 showed this three-stone Jennie Kwan ring, $768, for budget-conscious shoppers. 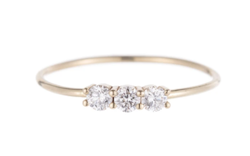 Interestingly, one trend Brown did not identify in the R29 article was pearl engagement rings, although we’ve seen enough of those now to officially qualify them as “a thing.” In addition to Ariana Grande, both Emma Stone and Michelle Williams got engaged with pearl rings.

Adding those to R29’s list, the total roundup of 2021 engagement ring trends includes: