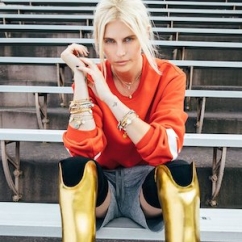 Jewelry megabrand Alex & Ani is suing its bank for gender discrimination. The brand was founded by Carolyn Rafaelian, daughter of a Rhode Island jewelry manufacturer, and its bangle-and-charm bracelets soon rocketed it to fame and fortune and made Rafaelian herself a billionaire.

Last month, the company filed suit against Bank of America, the number-two bank in the United States. The suit, filed for $1.1 billion in federal court in the Southern District of New York, (Alex and Ani LLC et al v. Bank of America N.A. et al, 1:19-cv-06929 (SDNY)) alleges gender discrimination against the female-led company and claims B of A’s actions threaten its future.

The Alex & Ani brand has been struggling. An article in Forbes says sales dropped from $550 million in 2017 to $500 million in 2018 and are expected to decline further to $420 million for calendar 2019. Forbes, which featured Rafaelian on its cover in 2017, pegged Rafaelian’s net worth at $1 billion a year ago but now estimates it to be less than half of that—$450 million—and predicts it will likely fall more if sales continue to decline. 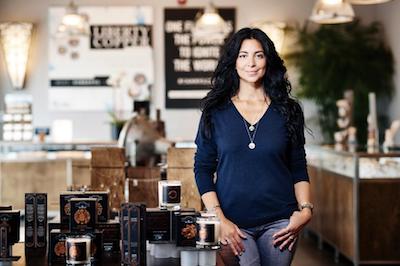 Alex & Ani’s lawsuit alleges the bank is intentionally making matters worse, directly because of the company’s female leadership. It’s especially ironic because Rafaelian was featured in a 2014 B of A ad touting its support of women-owned companies.

But despite its advertising, B of A is no stranger to gender bias suits, points out the jewelry brand. In 19 years it’s been the target of more than eight discrimination suits that resulted in settlements totaling $210 million, as well as a class-action suit by 4,800 current and former female financial advisors. A 2016 suit by another former top female executive was settled for an undisclosed amount; it also alleged gender discrimination in pay, as well as retaliation after reporting improper conduct by a male equal, and described  the bank’s culture as a “bro’s club.”

The Alex & Ani suit claims breach of contract, tortious interference with prospective business relations, and violation of the Equal Credit Opportunity Act. It is seeking declaratory and injunctive relief and $1.1 billion in compensatory damages, punitive damages, and disgorgement of “ill-gotten gains.”

B of A denies Alex & Ani’s allegations, says the Forbes article, but the suit claims the bank and the brand had a positive relationship under Alex & Ani’s previous CFO, a male, and that the relationship soured when he was replaced by a woman CFO in December 2017. She immediately began cutting costs and renegotiating contracts to save money for the brand.

From the suit: “For more than six months now, Bank of America has been both driving Alex and Ani towards bankruptcy and milking it for literally tens of millions of dollars in fees. The endgame is clear: Bank of America wants the women out of power at Alex and Ani. It wants to bring back the good old days, when a male Alex and Ani CFO let Bank of America charge whatever it wanted for BofA’s putative ‘services.’”

The female CFO, Andrea Ruda, told Forbes that in meetings between B of A’s team, all men, and Alex & Ani’s leadership team, all women, she was treated condescendingly because of her age (28) and gender. The bankers interrupted her, questioned her abilities, and asked her to do administrative tasks like make copies and book a car service.

“Bank of America’s actions over the past few months — starting with a made-up default and culminating in a deliberate plan to starve Alex and Ani of credit from any source — have sent a once-thriving American success story into a death spiral, with 1,500 jobs potentially in the balance,” continues the lawsuit. “Alex and Ani has already lost several hundred million dollars in value as a result of Bank of America’s wrongful actions. Make no mistake, Bank of America has driven Alex and Ani to the precipice.”

B of A spokesperson Bill Hallidin told Forbes and other media outlets that the bank has been working closely with the brand during its sales struggles and that it has a “demonstrated record of support for diverse businesses is well-noted and widely recognized.”

Meanwhile, preliminary data from the Equal Employment Opportunity Commission (EEOC) in 2018 shows the #MeToo movement is making inroads in the workplace, says HR Advisor. “EEOC is tasked with combating all forms of workplace harassment, whether it’s based on sex, race, color, disability, age, national origin, or religion. While no one should be subjected to a hostile work environment for any reason, the EEOC has taken extra measures to respond to the groundswell of claims resulting from the new openness to speaking out against sexual harassment that has been a positive by-product of the #MeToo movement,” says HR Advisor.

Next article:
The Engagement Ring Trend Everyone’s Talking About