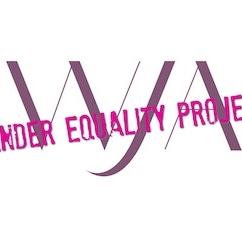 Despite #MeToo, the salacious details of the Signet/Sterling and other company cultures detailed in media reports, not enough has changed for women facing gender discrimination or sexual harassment in the fine jewelry industry.

The Women’s Jewelry Association on Monday released the results of its Gender Equality Project survey, asking members of the gem, jewelry, and watch industries to comment on workplace practices where gender could be a factor. The results? Despite being the primary end-users of the product we make and sell--and increasingly being the buyers of said product--women who work in the industry are often treated unfairly, and if not outright poorly.

WJA engaged MVI Marketing to assist in designing the questionnaire and conduct the survey, which was done in fall 2018. Confidentiality was guaranteed for survey participants. MVI also designed the survey with two sets of questions, one for business owners and one for employees.

“The goal of the survey results is to help WJA better understand the most pressing gender-related issues people in the industry encountered, so we can create programming and initiatives tailored to those issues,” says WJA executive director Bernadette Mack.

But the survey results—showing a wide disparity of awareness between employees and owners on nearly every gender-related workplace topic—are important well beyond the boundaries of WJA. In an industry already struggling to attract both younger consumers and young talent, being tone-deaf to gender issues is not going to help either cause. Some key results: 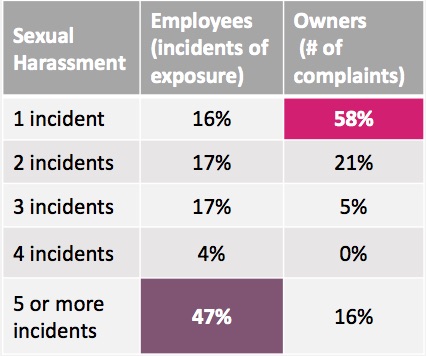 Participants were asked how many incidents of sexual harassment they experienced (employees) or received complaints about (owners). Owners reported a much lower frequency of complaints than employees did frequency of exposure.

Not only are employees likely to think gender topics are “extremely important” more often than employers do, the study results emphasize how many employees are reluctant to report harassment or discrimination because they fear a negative impact on their jobs or other retaliation. It doesn’t mean it’s not happening in your store or factory—it just means someone hasn’t told you yet. Indeed, both last week’s scathing New York Times exposé about the depth of the Signet sex culture and a panel discussion during the Initiatives In Art And Culture Gold Conference last year had this in common: the women who endured sexual harassment or gender discrimination in pay or promotions suffered in silence while male colleagues suffered not at all—or in fact were rewarded—for the behavior. Or they couldn’t report it to their bosses because the boss was the one doing it.

The WJA survey indicates an overall lack of understanding about employment policies that cover gender-related workplace issues. As a result, WJA will provide increased and improved training and materials to employers and employees alike. (Note: WJA has already provided seminars at trade events and an online webinar in partnership with the Jewelers Vigilance Committee, detailing the various laws and regulations governing gender discrimination.)

Of the total employee respondents, 30% reported they have been deprived of equal opportunities for advancement; and 38% say they have been affected by pay disparity. To counteract this problem, WJA will provide training on negotiation and self-advocacy skills. 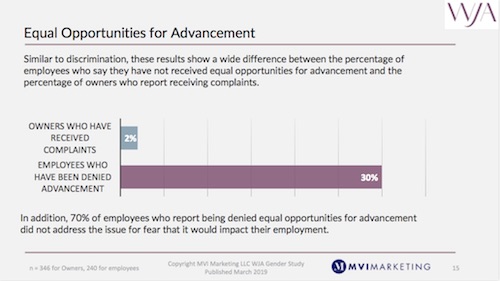 Employees surveyed also do not feel comfortable reporting occurrences of gender-based workplace issues more than 50% of the time, most often due to concerns about how such reports will impact their employment and/or a fear of retaliation. As indicated above, WJA will offer employees training on self-advocacy skills. WJA will also explore with owners how to communicate to employees that they can report problems without risk of losing their jobs or retaliation.

Nearly half of employees responding to the survey say they have witnessed discrimination or harassment in the workplace. WJA will offer bystander training in the future, teaching witnesses how to recognize, intervene, and help victims to report and seek support.

586 individuals participated in the global survey; 98% from the United States. Of the respondents, 240 are employees and 346 are owners, executives, board members, or major shareholders. Two thirds of owners and 91% of employees who responded are women. A majority are industry veterans (10+ years) and many (69% of owners; 42% of employees) are over 50. Among owners, 93% manage companies with 15 or fewer workers. Retail is the largest specific industry sector that responded (45% of owners; 33% of employees).

A JCK Industry Fund grant helped underwrite the cost of the WJA Gender Equality Survey, its seminars/webinars, and enhancements to its existing mentorship program. The grant will also assist the association in offering skills training in workplace negotiation.

“We are developing gender-equality-focused tools and programs that will contribute to the future overall health and image of the industry,” says WJA president Jenny Luker.

It’s not just obvious behavior that needs to change. Even when employees know that harassment or tasteless or racist jokes aren’t acceptable, small cues like always delegating servile tasks to women without equally assigning them to men reinforces subtle biases.

“The work we’re spearheading is educating business owners and executives about the importance of maintaining a bias-free work environment,” says Luker.

Related: #You Too? Unconscious Bias Can Drive Down Your Bottom Line

Moving the needle on gender issues can only help, both in attracting talent and boosting your bottom line.

Next article:
Cash Flow Doesn’t Have to be a Rollercoaster Ride