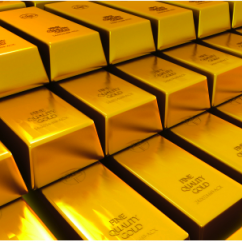 London, UK—Gold demand has fallen to an 11-year low as higher gold prices and the impact of COVID-19 dragged consumption sharply lower in the first quarter of 2020, according to market data analytics firm Refinitiv. Executives from Refinitiv’s GFMS precious metals team forecast gold will test $1,800 this year; indeed, by Monday morning prices already were over $1,700 as nervous investors eyed rising tensions between the United States and China, fearing another trade war—or worse.

Meanwhile, both investors and jewelers gulped last month—albeit for different reasons—when analysts from Bank of America suggested gold might hit $3000 an ounce. The metal’s previous record was $1,917 an ounce in September 2011.

The not-so-good news is that all markets hate uncertainty and we’re still in a period of extreme uncertainty.

An analysis on Kitco.com says the next few weeks are going to be particularly critical on both the health and economic fronts, and what happens will determine how gold reacts.

“No one knows with a high degree of certainty how the Covid-19 curve will play out. While we all hope it slopes downward, there is no guarantee it will, especially with lockdown periods coming to an end. If cases begin to grow and the curve steepens, the chances are high of returning to another phase of complete shutdown. That would put economies on freeze again and the only direction for stocks to head then is down. The other risk factor is a new trade war between the U.S. and China, which is the last thing investors want to hear at this stage.”

When the pandemic lockdowns began in the West in March, gold initially slumped in tandem with equities, to the surprise of many. But Kitco senior analyst Jim Wyckoff attributed that to extreme fear in every marketplace.

Indeed, gold prices quickly rebounded and, while choppy, have continued bullish overall. Indeed it's gained between $220 and $250 per ounce since mid-March. Wyckoff also warns that although the stock market leveled off in April, we’re not out of the woods by a long shot.

“We have big risks still ahead for the U.S. economy and for other economies around the world,” Wyckoff told Kitco News. “We are going to start to see economic data in the U.S. and in Europe show up that’s going to be really staggering, to remind us how serious the damage has been done to the global economy.”

Also, while unusual, he says it wouldn’t be a surprise if stocks, gold, and the U.S. dollar move in tandem for a while. He pointed out that the intensive stimulus measures being taken by central banks are likely to push inflation of fiat currencies, and at the same time there’s also likely to be some deflationary pressure in certain commodities first, mainly in categories where demand has fallen off amid global lockdowns.

According to Refinitiv, jewelry fabrication—which usually accounts for 55% of total physical gold demand—was hit hardest in the first quarter, falling off by 40%year-on-year. Investment demand was mixed, with retail investment, which consists of bars and coins, posting an 11% year-on-year drop. Demand for gold used in industrial applications was estimated to be down by 19%, with losses recorded across all the major segments. Official sector net purchases are estimated to have dropped by 11% year-on-year, with higher gold prices weighing on the level of buying from some of the traditional gold buyers.

In total, physical gold demand fell to 753 tons in the first quarter, says Refinitiv. The greatest losses were recorded in Asia, which declined over 43% year-on-year. Breaking it out, Chinese demand slid 62% but Indian demand was heavily impacted as well, with fabrication demand for the quarter plummeting 34% from 2019 levels.

Cameron Alexander, manager of precious metals research at Refinitiv, echoed many of the sentiments Wyckoff expressed. Alexander said, “Looking ahead, gold may remain vulnerable to further losses in the short term, particularly should the COVID-19 crisis continue to deteriorate in the West and if we see another meltdown in equity markets, which would lead to yet another bout of liquidation across all asset classes, including gold.

“Having said that, with heightened uncertainty and expectations of the global economic recession, unprecedented levels of stimulus from central banks around the world and interest rates remaining at historically low levels and in negative territories, we believe that gold will rebound to even higher levels. We forecast gold to average $1,637/oz in 2020, with a possibility to test and move beyond $1,800/oz later in the year.”

The first quarter was highly volatile, says Refinitiv: gold plunged by 12%, or nearly $200, over a ten-day period in March, then recovered most of its previous losses later that month, averaging $1,582/oz for the quarter. The end price for the quarter was up by 7% from the previous three months, and up 21% year-on-year. It is worth adding that the gold price expressed in some other currencies recorded even more notable gains, recording double-digit percentage increases and soaring to all-time highs on some occasions, said the report.

Investors bought 300 tons of gold during the first quarter, with the bulk of buying in March driven by the price correction, a pick-up in safe haven demand in light of the spread of the pandemic, the worsening situation in the West, and growing fears of the global economic recession. Total ETP holdings rose to a fresh high of over 3,000 tons by the end of the quarter.

By contrast, retail investment posted an 11% year-on-year drop in the first quarter, led by a sharp drop in physical bar investment. Although both European and North American demand for bars and coins surged amid fears of an economic downturn, it wasn’t enough to offset a sharp falloff in China and India, where physical bar demand was down by 53% and 49% respectively.

In terms of supply, mine production still increased during the first quarter, 3% year-on-year. But unsurprisingly, scrap flows slipped by 2% as nations around the world instituted quarantine lockdowns.