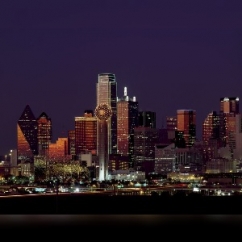 Austin, TX--There might be nobody to turn to with trouble looming, say businesses targeted multiple times by the same criminals.

"We've called [the Austin Police Department] for ten days straight. It was a 311 call," the owner of Regard Jewelry Store, Daniel Schwieterman, said on "Fox & Friends First." "The 311 is a customer service-based system, and you wait for the police to call you back."

Schwieterman said that he struggled to get to the police since the first time he made the distress call, alleging that the number was a distraction from the overburdened police call lines amid a city in disarray.

"311 is not working. A jewelry store should not take ten days to get a police report," he continued.

The Austin Police Department has urged citizens to use the customer service-based number for "non-emergency situations" instead of dialing 911.

The show's host, Todd Piro, noted that in one of the cases, the suspect dropped a receipt with the tools he had used during the robbery along with his name.

"This is for sure not working. You take away the police force and then ask us all not to have weapons or anything in our stores to protect ourselves. The crime rate is going to go up," Schwieterman explained.