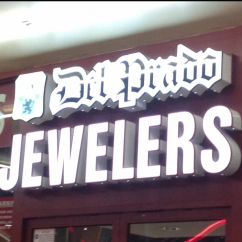 Las Vegas, NV— As the Jewelers Board of Trade figures attest, despite an increasing number of retail jewelry stores closing, very few are the result of financial distress. Instead, like John Del Prado of Las Vegas, the owners choose to pursue a quieter life not filled with 10- and 12-hour days or, sadly, sometimes danger.

The Las Vegas Sun reports Del Prado Jewelers, which opened in 1975, closed the doors to its physical location on East Fremont Street on Christmas Eve. The area, in downtown Las Vegas, has enjoyed a resurgence in recent years.

Del Prado, 62, will continue the business online, but he’s looking forward to spending a lot more time with his wife, Dora, and children and grandchildren.

The decision to move online was not the result of the pandemic, he says, although like many other jewelers he did close for several weeks in spring 2020.

“I’ve been doing this for so long that I don’t need a brick-and-mortar store to do business,” he said. “The change in pace is something I’m looking forward to. My wife is the one who has sacrificed because of my work schedule,” he told the paper.

The Del Prado family and the 46-year-old jewelry business suffered a great tragedy in 2003, when a disgruntled former employee killed both Del Prado’s mother and grandmother at the store. After the murders, Del Prado moved the store from its former location at 4th and Carson in Las Vegas to the Neonopolis center. The killer now sits on death row.

Next article:
The Year In Review: A Final Farewell To Those We Lost In 2021