Las Vegas, NV—The Diamond Producers Association is ready to spend and spend big to ensure the future remains a positive one for diamond jewelry.

The two-year-old organization, comprised of seven diamond mining companies, is more than quadrupling the amount of money it will spend to promote its Real Is Rare generic diamond marketing campaign. The campaign, which positions diamonds as representative of authentic, real relationships and emotions, rather than traditional rituals, was launched to the trade at JCK Las Vegas last year and to consumers in Q4 2016. It launched with an initial $12 million spend. This year, DPA will spend a total of $57 million to promote the Real Is Rare message, and $50 milliion of that is going to be spent in the United States alone. The remainder will be spent to begin ramping up the campaign in India and China.

At a special breakfast sponsored by the Plumb Club, DPA marketing director Deborah Marquardt opened with a humorous video of a Millennial couple filming their proposal moment. The video, which features a secret photographer filming the proposal and the woman’s repeated retakes once she realizes she’s being filmed, emphasizes just how much social media impacts every moment of Millennials’ lives, and how it changes formerly private moments into headline-making shared experiences. In fact, one of the live comments on YouTube came from a Millennial who is planning to have a secret photographer hiding when he proposes. Click here or on the image below to watch the video. 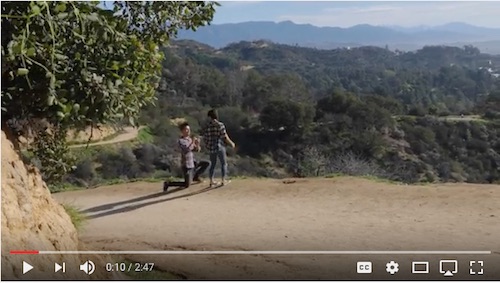 “It’s equally funny and true and totally on point for our times,” said Marquardt. “We all know this couple. They're family, friends, customers. What makes them quite so obsessive in quest to capture the perfect engagement moment? It’s like a movie poster looking for the perfect marketing opportunity for their moment.”

An engagement ring photo is so important, she said. “Sharing moments on social media legitimizes them. It will literally take on a life of its own with likes and shares. Higher than average likes will further validate their union.” She said there typically follows a cascade of additional engagement ring posts with the ring showing while the bride is drinking coffee, petting the dog, or during any opportunity that presents itself.

“This is excellent news for all of us in this room. While complaining about Millennials all the time, we need to give them their due. They made diamonds social media stars! There are millions and millions of conversations around the engagement, proposal, and ring, and each represents another consumer joining a diamond conversation that’s already in progress online.”

(That said, not all the conversation is positive—while some of the comments following the video proved Marquardt’s point, others show that not all Millennials appreciate the Instagrammed life trend so much.)

Whether positive or negative, there is a pattern where diamonds are at the center of social conversation all day every day. Even apart from engagement and marriage, there is no shortage of evidence that consumer passion for diamonds alive and well, but not always in places we're used to, said Marquardt.

When the DPA first launched its Real Is Rare ads, it focused on the sometimes-messy reality of relationships, not the fantasy of happily-ever-after.

The 80 million Millennials are now the largest generation living in USA, and the front wave has not even entered its peak earning years. (That should happen starting around 2020 or shortly after and peak around 2030, say experts.) Sizing up the market easy, but understanding it is different, she said. “What consumer behavior and data show us is that Millennials are not rejecting diamonds. We just as an industry haven’t cracked the code of how to best present the diamond message.”

There is no single Millennial identity. This cohort is the most diverse, highly educated, metropolitan consumer group ever, and it came of age during biggest technological transformation in history. Further, there’s a 20-year age span between the oldest and youngest Millennials, and those in their late 30s are very different from those just leaving college. “We have to look past misconceptions, starting with one about them not liking diamonds,” said Marquardt. “De Beers’ 2016 Diamond Insight Report shows Millennials’ share of diamond sales volume is twice the size of the Millennial share of total population: Millennials account for 27% of the U.S. population but a 41% share of diamond sales volume.

Part of DPA's mandate is a robust research agenda. This year's research just began with 1800 U.S. Millennials interviewed for a diamond usage and attitude study. Insights coming through include:

But don’t despair, she said. The research revealed some fabulous non-marriage opportunities for diamond sales.

“This generation is bombarded with everything disposable and mass produced so they prize things that are authentic. For life's important moments, only something real, rare, and precious will do. Diamonds fulfill all they want in product.”

But what we’re up against, as the video demonstrates, is telling the story. This is a distracted generation, never without a smart phone they’re checking constantly, and every moment of their lives is fodder for broadcast.

“A brand needs to be entertaining or it will be ignored. We as consumers are barraged with information of every type on every screen every waking moment. For Millennials, this is even more so because they’re the prime target for so many marketers,” Marquardt said. “It sets a very high bar for marketers because there’s no longer a passive accepting audience waiting for us to message them. Facebook, Snapchat, Instagram; they’re expressing themselves all day long with sight, sound, and motion. To connect with this group of people, we have to be disruptive and entertaining, and speak in stories and write in pictures; stories they can adapt and retell and make their own because they don't live in fairy tale one-size-fits-all world.”

To that point, the original Real Is Rare campaign commercials left the status of relationships ambiguous. Love and commitment was there but it didn't focus just on marriage. “Instead of us waiting for millions of wedding days that will come who knows when or maybe not at all, we decided to take the approach of modeling opportunities for commitment diamond purchase that are not dependent on a wedding,” she said.

Marquardt also debuted three of a set of five print ads (below and top of page) set to debut this summer. Some of those were already visible in Terminal 3 of Las Vegas McCarran airport to begin emphasizing to the industry.

“The first set of ads performed really well. They measured above the norm for standing out and being remembered and the tagline resonating. Those gave confidence to move forward in 2017.” 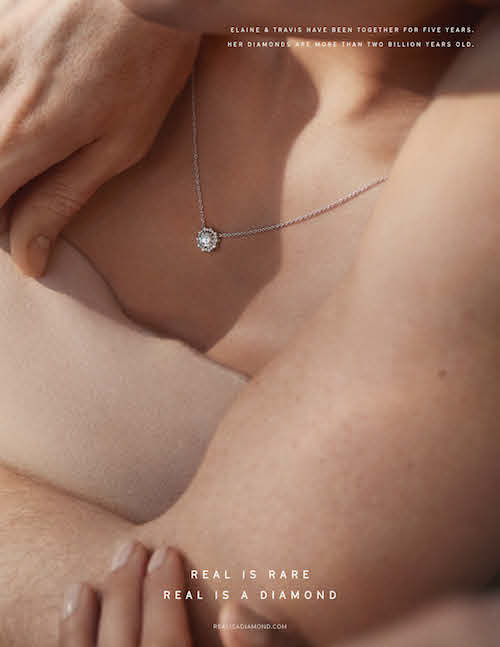 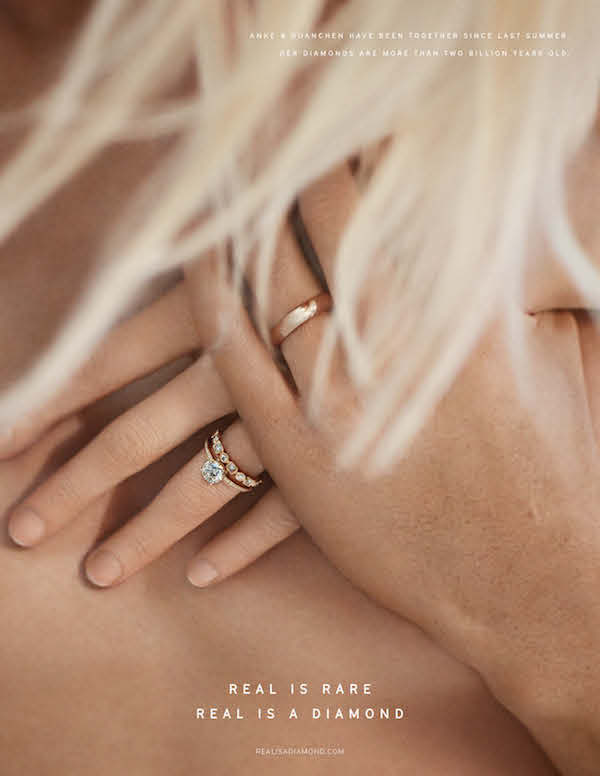 The ads, to be released this summer, each depict a different aspect of love and relationships. The priority is to portray a connection between tenderness and love and the diamond as unmistakable gift of love—but not necessarily marriage. The product shot is very organic with the diamond forward to link the idea of contrasting the age of the relationship and the age of a diamond and link the idea of something that’s natural and precious enduring. The ads will break in People in July, and starting in August will be in a dozen monthly and weekly titles thru December, augmented with heavy digital. The images will be available for jewelers to use in store via DPA’s trade portal. DPA will begin working on TV commercials, more print, and more digital for release as soon as the Las Vegas shows conclude.

The ads are evolving to reflect life stages as well. Early ads depicted relationships that resonated more with younger Millennials. New imaging is going to also reflect older Millennials transitioning from aspiration to acquisition. We want to keep diamonds' aura of specialness but not so precious that they’re relegated for only special occasions, she said. The idea is that they’re special but attainable.

“The best news is it will be everywhere, backed by tens of millions of dollars in media investment and it will achieve billions of adult consumer impressions,” said Marquardt. “Diamonds become the hero of any visual story simply by showing up. It’s convenient this is all happening when visual storytelling comes of age.”

“In social content, what really works is love, diamond facts, food, quotes, celebrity, and pets. Diversity is extremely important too: an image of a same-sex wedding got the most positive comments of everything DPA has ever done, she said. Diamond science, history, and lore fascinates consumers. Food is a good thing too, and combining sweets with diamonds is even better. Any time diamonds are shown with dessert items, the photos get double the likes. And finally, diamonds and pets are a winning combination. “People love their pets, so when pets and diamonds combine, performance metrics go through the roof,” said Marquardt. 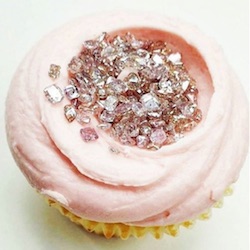 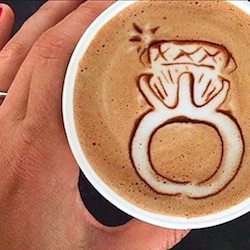 What retailers can expect from DPA in addition to its massive ad spend is the ability to co-brand, and also to use the organization as a go-to PR source. The assets will be made available for jewelers and retailers to use in-store and in local media. Beginning in July, the usage guidelines can be downloaded via the DPA’s Trade Portal:

Finally, DPA is putting together an education and training agenda to help retailers with pressing diamond issues like synthetics and sustainable practices.