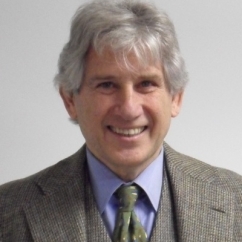 Berger graduated from the City College of New York with a B.S. in electrical engineering but ultimately put his technical knowledge to work in the field of intellectual property law. He received his law degree with honors from George Washington University in 1966. He was Patent Editor of the Law Review and he was a member of the Order of the Coif.

Berger was a patent examiner in the computers division of The United States Patent Office from 1963-1966, and he was a patent attorney for Bell Telephone Laboratories from 1966-1968. He entered private practice in 1968.

Berger, who was experienced in all phases of intellectual property practice, including patent, trademark and copyright matters and litigation, became one of the jewelry industry’s go-to sources for intellectual property law. He was elected to membership in the Twenty-Four Karat Club of the City of New York in 2010.

Berger had a unique ability to take a complex subject like patent and copyright law and explain it in a very understandable manner. Not surprisingly, he taught patent law as an Adjunct Professor at Seton Hall Law School in New Jersey from 1978-1983, and at Benjamin N. Cardozo School of Law at Yeshiva University in New York City from 1983-2000. He also gave occasional seminars in the jewelry trade to explain concepts like trademark infringement and copyright, and he was a regular contributor to the jewelry trade media, including The Centurion Newsletter. (Read his columns here, here, here, here, here, and here.

On a personal note, Peter Berger was one of my favorite people in the industry. An incredibly low-key and unassuming gentleman, he knew every corner of this industry. He was incredibly generous with his knowledge, and we quickly became friends. At the time, I was the editor-in-chief at JCK and we quickly established a contributors’ column for him. Later, when I became editor of The Centurion Newsletter, Peter graciously contributed for us, too. But what I appreciated most about him was his straightforward, no-bull demeanor. Editors often need to read court documents to report on the various battles over design knockoffs, and Peter was always willing to translate the legalese and explain the fine line between a derivative design that was still legal vs. one that was a flat-out knockoff. Whether his clients liked the answer he had for them or not, they always knew that it was the right answer. When I talked to some of our colleagues from the 24 Karat Club to get some additional thoughts, former chair Phyllis Bergman echoed what everyone said: "He would always look you in the eye, shake your hand, and tell it straight."

Peter’s wife, Jane, and son, Jonathan, are also attorneys at Levisohn Berger LLC. He also is survived by another son, Seth, and five grandchildren. Donations in Berger's memory may be made to The Clarke School for Hearing and Speech, 80 East End Avenue, New York, NY 10028.

Previous article:
Face Mask Bling Could Be A Thing