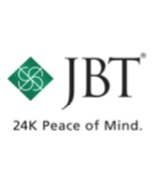 Warwick, RI—Far fewer retail jewelry stores closed in the United States in the first quarter of 2021 than in prior years. Statistics from the Jewelers Board of Trade show that the number of business discontinuances declined by more than 56% year-on-year in the first quarter of 2021 vs. 2020. JBT counts all reasons under “discontinuances,” whether it’s a forced closure due to bankruptcy or voluntary due to retirement or sale of the business.

Bankruptcy remains a very minimal issue among jewelry retailers, thankfully. Of the 119 who ceased operations in this first quarter of this year, only four were bankruptcies. Likewise, only five of last year’s 238 were forced to close for financial reasons.

Of the 119 American jewelry stores that ceased operations in the first quarter, 26 were the result of a sale or merger, but the majority (89) simply closed up shop. In Canada, there was one sale/merger and one closing, and zero bankruptcies.

In this report, JBT president Erich Jacobs said he was pleasantly surprised by the numbers, but cautioned that the jewelry category was greatly bolstered from unspent travel dollars in 2020, and that that may change as both travel and dining start to resume in coming months.

Jacobs isn’t alone in that assessment. Dan and Lori Askew of the Vantage Group also cautioned that jewelers may see sales drop this year as travel reopens.

There were three new wholesale businesses (vs. four last year) but no new manufacturers, compared with five that opened in the first quarter of last year.

Canada, meanwhile, gained one new wholesaler and one new manufacturer but no new retail jewelry stores in the quarter.

At present, JBT’s figures show there are a total of 19,236 jewelry retailers in the United States. (Note: This is the total number of retail jewelry businesses. Multi-store jewelers are counted as one retailer, not by individual doors.) There are 3,693 wholesalers and 2,484 manufacturers. JBT defines each category as follows: retailer, sells to consumers; wholesaler, sells for resale; manufacturer, fabricates a product for sale.

Next article:
Friedrich Jewelers, AGS Store In CT, Closing Its Doors After 108 Years