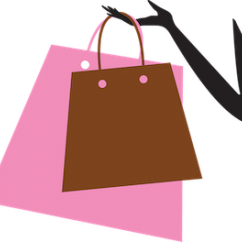 Purchase, NY—Retail sales in the United States grew for the 11th consecutive month in July 2021, according to Mastercard SpendingPulseTM, which measures in-store and online retail sales across all forms of payment. And jewelry sales grew more than any other category in the past two years. Image: Pixabay

With more cash in hand—fueled in part by the Child Tax Credit and pent-up savings—consumers drove U.S. retail spending growth (excluding automotive and gasoline) to +10.9% compared to July 2020. This figure is relatively steady from June, when sales rose 11% year-on-year over 2020.

Jewelry sales, meanwhile, grew 83% this July over the same period last year. That’s not altogether surprising, because while most non-restaurant retail had reopened to some degree by July 2020, the first wave of the pandemic was still going strong. More telling about the strength of the category is the whopping 54% growth in jewelry sales in 2021 vs. 2019, the last non-pandemic year available for comparison.

At a national level, back-to-school shopping (which Mastercard tracks from July 15 to September 6) is well underway. As The Centurion has noted before, back-to-school isn’t a key season for jewelers but can serve as a good barometer of consumers’ confidence to spend for holiday. Mastercard’s back-to-school forecast calls for 5.5% growth over 2020 (when many schools were still remote) and 6.7% growth over 2019, prior to the pandemic.

Bricklin Dwyer, Mastercard’s chief economist and head of the Mastercard Economics Institute, said, “Back to school shopping is back. Combined with greater savings and higher demand, the Child Tax Credit has provided a boost for families and is putting more money into retailers’ pockets.”

Overall, Mastercard says the key retail trends from July include:

“While e-commerce continues to play an increasingly significant role for retail, nothing replaces the in-store experience,” said Steve Sadove, senior advisor for Mastercard and former CEO and Chairman of Saks Incorporated. “July numbers reflect a return to the store. Consumers are shopping, spending and splurging across channels.” 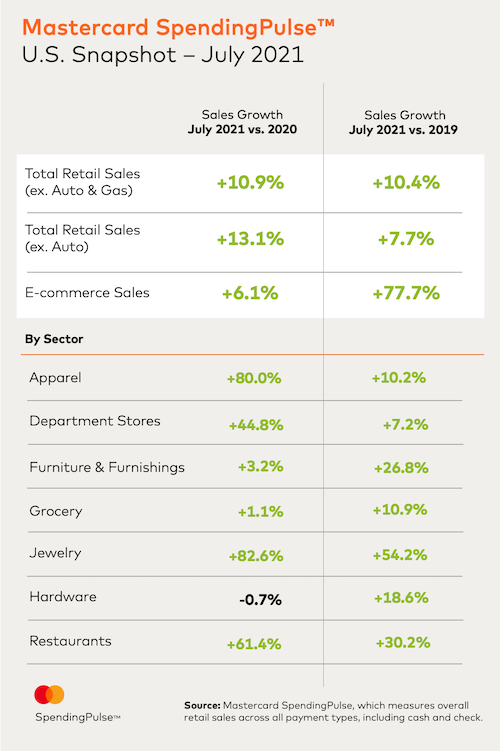