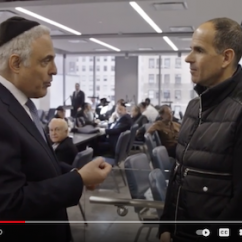 New York, NY—New York's diamond district will be the first feature on Streets Of Dreams With Marcus Lemonis, a new, limited-edition primetime TV series on CNBC, set to premier December 29. In it, Lemonis, the famed entrepreneur, CEO, and host of The Profit, will explore five different streets in the United States that are iconic for their roles in five different industries. The series was created by the producers of (the late) Anthony Bourdain:Parts Unknown and was filmed entirely before the COVID-19 pandemic.

Lemonis rose to fame as the host of The Profit, a program where Lemonis invests his own money and expertise to help flailing owners turn struggling businesses into profitable enterprises.

Lemonis was the opening speaker at Centurion Scottsdale in 2016, where he talked about the best way for independent family business owners to prepare the next generation to take over.

The premiere episode of Streets of Dreamswill explore New York’s famed 47thStreet, where Lemonis will learn about the diamond industry through the eyes of the people in it. (Fun fact from CNBC: Diamonds are New York State’s number-one export in terms of dollar value.)

The other four streets and industries Lemonis will examine, in order of airing, include Music Row in Nashville, TN, the center of the multibillion-dollar country music industry; Calle Ocho, the center of Cuban-American culture in Miami, FL; Harbor Drive in San Diego, CA, with its emerging under-the-radar “blue economy,” defined as the sustainable use of ocean resources; and Denver, CO’s Green Mile, where marijuana was first legalized in the United States.

According to CNBC’s description of the program, Marcus will pull back the curtain on the most iconic and influential streets that fuel America’s most vital business cultures and will immerse himself in the business and culture of the street. With unprecedented access to the men and women who ply their trades on these streets every single day – the small business owners, innovators, old-school craftspeople, hustlers and industry power players – Marcus will reveal who’s got what it takes to thrive in an ever-changing economic landscape. 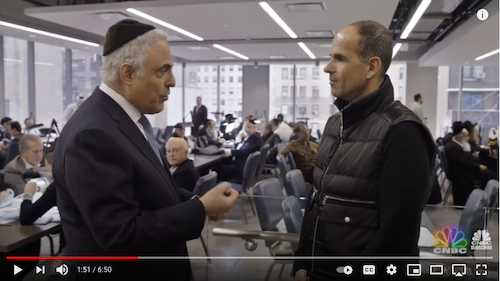 Previous article:
Bookkeeper To Jeweler: “Y’All Are Catching Up!”