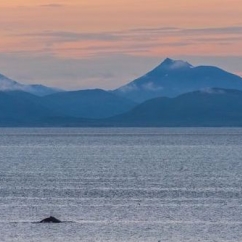 Bristol Bay, AK—The on-again/off-again Pebble Mine, a long-planned gold mining operation in Alaska is off again, at least for now. The project has stirred controversy for more than a decade, with both environmentalists and Alaskan natives arguing construction of the mine would be disastrous for the ecology of the region and the many species of fish—including salmon and sockeye—that are native to area rivers and an important source of food for the nearby indigenous tribes. The region also has a robust tourism business from fishing enthusiasts around the world. Image: Bristol Bay

Proponents of the mine, meanwhile, say it will bring jobs to the area as well as significant state and local tax revenue.

According to a report in the Washington Post, the federal Environmental Protection Agency said in a recent filing that it plans to invoke its powers under the Clean Water Act to ensure the region’s waters are not filled in or contaminated by material from the proposed open-pit mining site.

“It is essential to the livelihood and the community well-being of many Alaskan tribes. And it is also one of the most productive salmon fisheries in North America,” Radhika Fox, head of the EPA’s Office of Water, told the Washington Post. She called Bristol Bay, which sits at the foot of the rivers in question, “a unique resource that needs unique protection.”

Multiple large and prominent jewelry retailers, from Tiffany to Helzberg Diamonds and even BJ’s Wholesale Club, have already pledged not to sell any jewelry made with Pebble Mine gold, if it ever comes to that.

The EPA’s ruling isn’t permanent and could be reversed, says the Post article, but all the controversy—dating back to the Obama administration—could impact capital for the project. In addition to the indigenous tribes that have mounted a well-organized opposition from the beginning, there’s bipartisan political support for a permanent ban on mining in the area. Senator Lisa Murkowski (R-AK) is one of several lawmakers considering legislation that would make the Bristol Bay area off-limits to developers, says the Post.

Next article:
Jeweler Sells Store To Associate While Son Is Secretly Planning To Propose To Her