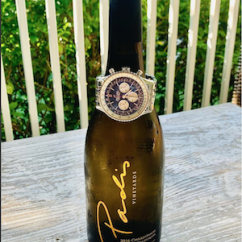 The Padis family—founders Steve and Judy Padis and daughter Alexis Padis—are equally renowned for their vineyard as their luxury jewelry stores. Since joining her parents’ business, Alexis Padis has become one of the industry’s top next-gen leaders, active in industry organizations like AGS, where she’s earned the CGA title and is chair of the Conclave sub-committee. She's also a frequent speaker on the topic of family succession in the industry and helps manage the family’s wine brand. Steve and Judy Padis, meanwhile, have been inducted into National Jeweler's Hall of Fame.

Related: The Minds of Millennials

Padis Jewelry traces its roots to the early 1970s, when Steve Padis began stringing beads and selling them during his senior year at the University of California, Berkeley. By the time he graduated, he had met his wife Judy, and ventured into sterling silver, turquoise jewelry, and gold chain. The Steve Padis jewelry brand was founded in 1974, and today boasts five locations, a robust online presence, and a reputation as one of the top jewelers in San Francisco and the Napa Valley.

Fast-forward 33 years from 1974 to the founding of Padis Vineyards in 2007. That’s the year Steve and Judy Padis released their first wine, with just one barrel. Today, Padis Vineyards is nestled along the hillside of the Oak Knoll district in the southern part of the Napa Valley, and offers three award winning wines made by renowned winemaker Robert Foley: a Chardonnay, Cabernet Sauvignon and Padis’s proprietary Cabernet/Syrah blend called Sintilation, a riff on the scintillation property of diamonds.

Although Steve and Judy both loved wine and had an interest in it, they didn’t originally plan to become vintners. The Napa Wine Project detailed their journey into winemaking, which started with becoming collectors and eventually evolved into the purchase of 15 acres in the Oak Knoll district:

“Grapes were already planted on site – mostly to Cabernet Savignon, with some Syrah and a tiny bit of Merlot – in later years they planted more vines and now have 14 planted acres. For several years they sold the fruit to area wineries – and then ultimately decided to make wine commercially and hold back all the fruit for themselves. Today they produce about 2000 cases of wine annually and daughter Alexis who also works for the jewelry company helps manage their wine brand,” says the article.

Padis grapes also have gone into a special Kosher Mevushal Cabernet Sauvignon called Brilliance (another homage to diamonds), a product of Hagafen Cellars in Napa, which specializes in kosher wines. 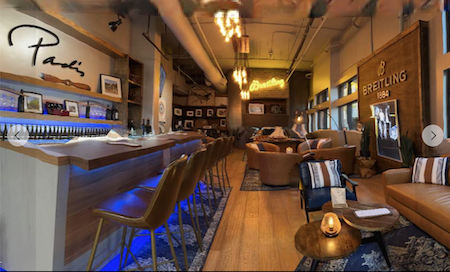