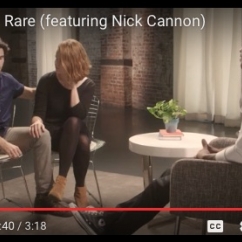 Merrick, NY—2016 was a year of great change for the luxury jewelry industry as well as for the world at large. Globally, of course, the major headlines this year were the election of Donald Trump as U.S. president after one of the most divisive and rancorous elections in U.S. history, Britain’s exit from the European Union, which may inspire other nations to follow suit, and the ongoing crisis with Syria and its refugees.

In the luxury jewelry industry, 2016 brought both angst and opportunity. The list of high-end jewelers closing their doors grew longer, and the industry continues to grapple with making itself relevant to both Millennials and changing lifestyles. But the holiday season was very strong for luxury jewelers, with many seeing results that they haven’t had in years. Meanwhile, more and more jewelers are realizing the importance of digital and giving the consumer an omnichannel experience.

As we approach the end of the year, The Centurion Newsletter reviews the most important luxury jewelry news of 2016:

The market. After more than a decade’s hiatus, the industry is again promoting diamonds as a generic product category, as the new Diamond Producers Association launched its “Real Is Rare” campaign, targeted to Millennials (image at top left). But more new research reaffirms that the majority of Millennials still won’t hit their peak income and spending years till 2020 at the earliest and possibly as late as 2030, something multiple luxury experts have been saying for some time.

What’s a jeweler to do in the meantime? Longtime marketing expert Peter Hubbell says jewelers need to serve the people who can buy now but keep a steady focus on who the future customers will be, not on what the next tennis bracelet will be.

In the here and now, two lucrative but highly underserved markets—self-purchasing women age 35-55 and LGBT customers—could be fantastic money-makers for jewelers that market well to them. Even De Beers, pioneer of the diamond-as-gift-of-love paradigm, is now urging jewelers to target this market. And the rocketing popularity of athleisure wear for all ages means jewelers need to shift some merchandise strategies and stock jewelry that goes with yoga pants. Read more on appealing to women here and here.

Luxury jewelers are acknowledging the need for e-commerce. New research shows that not having e-commerce hurts jewelers’ brick-and-mortar sales. The 25-in-5 e-commerce conference jointly sponsored by Centurion and InStore magazine attracted some of the nation’s top luxury jewelers and challenged the sector to achieve 25% of sales online in five years. Even in brick-and-mortar stores, having high-tech sales aids in the store also helps attract digitally-savvy Millennials, and more and more co-op programs are paying out for digital marketing. In short, consumers shop multiple channels and jewelers need to have an omnichannel store if they want to remain successful. Finally, here are some examples of stores of the future and the growth of value-luxury retail.

More stores close. By December of this year, almost 1,000 retail jewelers closed their doors for good—on top of the 715 stores that shuttered in 2015. Among these were some powerfully well-known names: Stanley Jewelers Gemologists, North Little Rock, AR; Dorfman in Boston, Beauchamp Jewelers in Albuquerque, NM, and Readers Fine Jewelers in Santa Monica, CA. 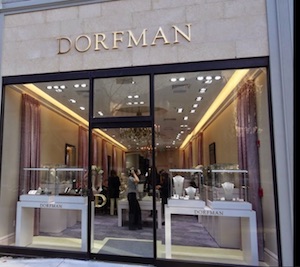 Barely a year after undergoing a major renovation, Dorfman closed its doors for good.

Overall, few retailers close out of financial necessity, says the Jewelers Board of Trade. Both Loyd Stanley and Ron Beauchamp simply wanted to retire. Loyd’s daughter Laura Stanley wants to continue her career as a private jeweler, and Ron and Cecilia Beauchamp have no children to take over the store.

But in an exclusive interview with The Centurion Newsletter, Jonathan Dorfman said he and his brother realized their customers’ lifestyles were changing, growing more casual with no need for the ultra-high, gem-heavy pieces the Dorfmans were renowned for. The brothers closed the store to focus on Connoisseurs, their highly successful wholesale brand of jewelry care products. And Avedis “Avo” Guerboian of Readers, himself a Millennial, takes his peers to task for not supporting local family-owned businesses that give back to the community.

The question of how to engage the next generation in a family business was a popular subject in 2016, addressed by Marcus Lemonis of The Profit at Centurion Scottsdale, and the topic of a conference at St. Joseph’s University in Philadelphia. The next generation’s connection to the business has to be emotional, not just financial, and the family has to understand the difference between positive and negative conflict in the business. 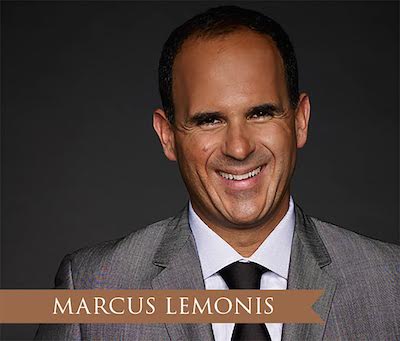 The Centurion Newsletter will continue this focus on family business in 2017 with the Generations series at the Centurion Scottsdale Show and more articles to come.

Diamonds. In 2015, consumers purchased $14.98 billion worth of natural polished diamonds from specialty jewelry retailers in the United States. But synthetic diamonds are steadily increasing their commercial viability and many experts believe they will account for a substantial part of the market in the future. Swarovski is getting into the category and Millennials, with their fondness for technology and focus on sustainability, have a very favorable view of synthetics.

The Diamond Producers Association is fighting back with a $12 million spend on its “Real Is Rare” campaign, designed to resonate with Millennials the way “A Diamond Is Forever” did with the WWII and Boomer generations—but the slogan also gives a dig at the lab-grown industry. Jean-Marc Lieberherr, DPA CEO, talks about it to The Centurion here.

The biggest worry about synthetics to date is not that they exist, but that lab-grown melee is being passed off as natural. Larger stones typically have a grading report at the point of sale, but GIA launched a melee analysis service to help keep undisclosed synthetics from slipping into the pipeline. Meanwhile, an old nemesis returns: a testing equipment maker warns jewelers that new formulas of synthetic moissanite may slip past existing detection devices.

Forevermark, meanwhile, introduced two new initiatives to help build market share and built on its already-successful advertising from last year (with a nod to the days of De Beers’ generic diamond ads) and sought to help its retailers better understand market changes. Sustainability continues to be a focus for both industry and consumers, and Zimbabwe is still a problem.

The year’s best retail success stories. Two jewelers have been tremendously successful with a “less is more” strategy: Gaston Private Jewelers of Vero Beach, FL, has only a few dozen clients, but the jeweler’s return on the time invested in each of them is outstanding. Likewise, an upstairs office location was a far better choice than a street-level storefront for former road warrior Bobby Wizig of Robert’s Fine Jewelry in Houston, TX. Shetler-Wade also does very well in an office building, but on the street level. 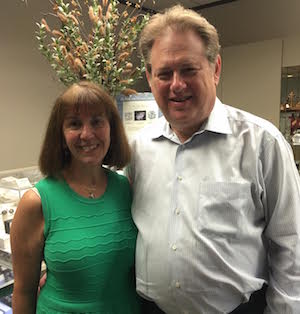 A brand refresh was in order for 40-year-old Greenwich Jewelers in Lower Manhattan, New York City, as second-generation sisters Jennifer Gandia and sister Christina Gandia Gambale take over the business from their parents. Montelongo’s Fine Jewelry in College Station, TX, gambled on going even more upscale when the economy tanked—and it paid off handsomely. 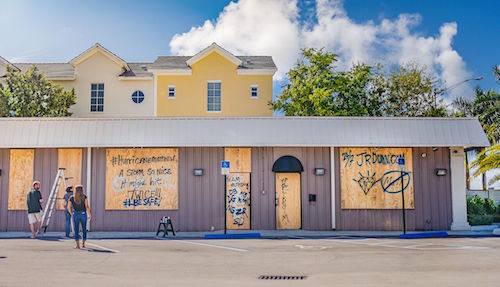 JR Dunn's team boards up the retailer's separate office building with a sense of humor about the impending arrival of Hurricane Matthew. 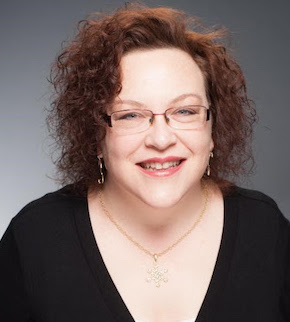 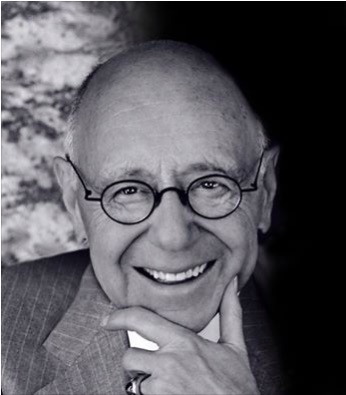 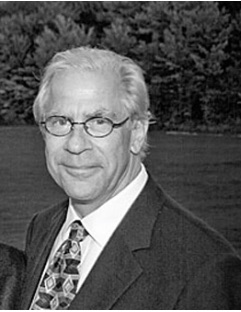 Next article:
Brand And Retail News: Hearts On Fire Announces 2016 Retailer of the Year Award Winners