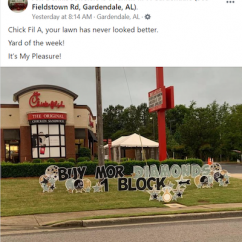 Merrick, NY—2021 saw no shortage of clever jewelry-store promotions and innovative sales and marketing ideas. Here are a dozen that stood out:

Several jewelers have discovered that upscale sports sponsorships garner widespread name recognition, cheaper than buying naming rights to an arena but with the benefit of having the store name repeated over and over any time the sports event is discussed. Even more so if it’s a charity benefit game.

For the second year in a row, Wendel's Diamond Jewelers hid 50 holiday presents in downtown Lancaster, OH for the public to find. Finders took their boxes to the store to receive the item, such as gift certificates, bracelets, Pandora jewelry items, and more.

Molly Brandt, a jeweler in New Hampshire, created a personalized bracelet for a friend newly diagnosed with breast cancer. That gift ultimately sparked a new direction for her business and a new idea for a product line.

Jenny Melissa Rodriguez, owner of Pure Life Jewelry in Tempe, AZ, hosted a pet adoption event at her store. It wasn’t just a typical portion-of-proceeds benefit sale: both two- and four-legged guests got to mingle at the store and hopefully become family. 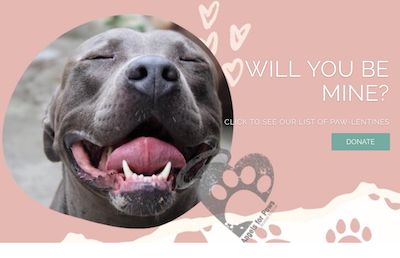 Jeff Dennis Jewelers in Gardendale, AL, started a friendly war of words with his nearby Chick-Fil-A store, owned by a good pal. Dennis put up a sign saying his new drive-through was faster than the restaurant’s, while Mike Holmes (not the HGTV star), the Chick-Fil-A owner, retaliated with his own sign saying overflow parking was available at the jewelry store. Then Chick-Fil-A’s cows planted “Eat Mor Chikin” in the store’s yard and Dennis planted “Buy Mor Diamonds” on the restaurant’s lawn (top image). 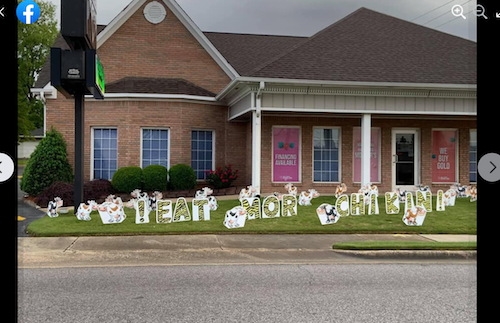 Stall Jewelers in Round Rock, TX, one of six stores to have a vehicle crash into it this year, used humor to announce its reopening after the damage was repaired. “By the way, we do have outdoor parking,” read its ad.

Another jeweler making a big bet was Mitchell’s Jewelry of Norman, OK, who promised to donate $50,000 to a local theater if it snowed at least one inch on Christmas Day. But a portion of proceeds from all purchases made at the store from December 10-24 will be donated to the theater no matter what the weather.

Lewis Jewelers of Houston, TX, launched Legacy, an in-house bridal brand inspired by three generations of the Lewis family. Legacy features engagement rings and wedding bands in varying price points to appeal to women of all ages. Fruchtman Marketing created a TV commercial, billboard, store signage, brochure, and digital advertising to support the launch, bolstered by bridal events at both Lewis Jewelers stores. The TV commercial features three generations of Lewis women talking about their engagement rings and what they represent. Click here to watch. 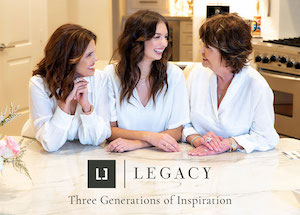 Every year, Zachary’s Jewelers of Annapolis, MD hosts a Mothers’ Day jewelry design contest for fifth-grade students in the Annapolis area. School children design something special for their mothers on paper and the jeweler makes the winning pieces into real jewelry to present to the winners’ moms. 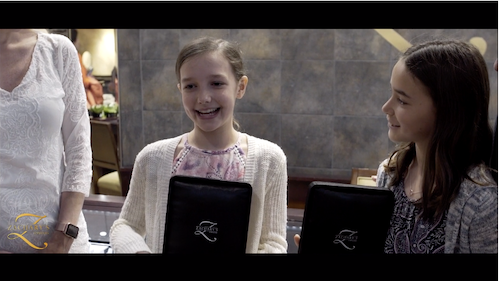 Marks Jewelers in Montgomeryville, PA, got very lucky when the NBC affiliate in Philadelphia decided to feature the jeweler in its “In The Name Of Love” series about supporting small businesses throughout the region in advance of Valentine’s Day. Marks owner Jim Brusilovsky did a 3:30 minute virtual interview with NBC10’s Lucy Bustamante, in which he outlined all the creative ways the jeweler has adapted to selling in the pandemic—including not just curbside pickup but installing lockers outside the store for customers who want a 100% touchless interaction.

Previous article:
You Can Stop Discounting Now. Here’s Why.