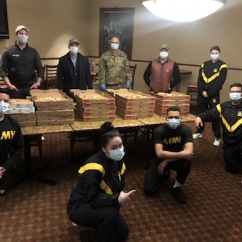 Merrick, NY—As disruptive as 2020 was, there were bright spots as jewelers rose up to help others in their communities. A few--thankfully only a few--were caught behaving badly, and then there were just some plain unusual and amusing bits of news. We begin with a recap of some of the good deeds done by jewelers and others in the industry this year.

The good news. Borsheims, in Omaha, NE rang in the year by rewarding a 2019 Salvation Army bell-ringer with a $5,000 diamond ring. Then Ann Arnold, a financial consultant in the industry who is very active in Holocaust education joined her sister, Isabella Fiske, and their father, Mark Schonwetter, on the Today show. Schonwetter is a Holocaust survivor and the founder of the Holocaust Education Foundation. He was the former owner of Lieberfarb, a wedding band brand now owned by Novell.

The COVID-19 pandemic of course sparked jewelers into action. Food was on more than a few jewelers’ minds: Diamond brand Simon G. helped its retailers help their local restaurants—whose business has been devastated by the pandemic—survive. Meanwhile, Wilson & Son Jewelers in Scarsdale, NY, one of the earliest hard-hit areas of the pandemic, organized regular meals for workers at three area hospitals, and fed dinner to the National Guard troops that came to the hard-hit area to help (top image).

In the early days of the pandemic, masks were in short supply. Those handy with a needle got to work making them at home, but soon there was a shortage of elastic to make the ear loops or form equally-scarce bonnets to cover medical workers’ heads. Centurion/H2 events donated the elastic from their stash of show badge lanyards to a nearby hospital in Mineola, NY for use in mask and bonnet-making, while jewelry display maker Ovadia turned its expertise into making face shields, and colored gem sales executive Manos Phoundoulakis and his wife, Kelle, launched a massive mask-making program from their dining room table in Denver, CO.

Jewelers Mutual, meanwhile, helped to fill dozens of backpacks with school supplies for children in need, while in Florida, JR Dunn gave 200 freshwater pearl bracelets to doctors and nurses working on the front lines of COVID-19. 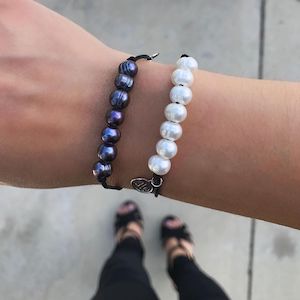 JR Dunn's Hope bracelets for doctors and nurses working on the front lines of COVID-19.

In hard-hit New York City, members of the David Weisz & Sons diamond company jumped in to help transport COVID patients to hospital in the Hatzolah Ambulance Corps and, later, to try and set up home health care for patients, while at the other end of the world (literally) Schachter & Namdar’s André Messika diamond cutting and polishing facility in Windhoeck, Namibia, actively recruits employees with a disability and has offered many a career as a cutter or polisher.

Even bigger gifts. Philanthropy is clearly native to the industry, and all these endeavors are why jewelers are such an important part of their communities. Although this isn’t a competition, two jewelers deserve special mention for the largesse of their gifts to others this year: in Fayetteville, AR, jewelers Craig and Laura Underwood donated 65 acres of land to the city to create a park for residents, and in Dallas, TX, attorney Aaron Wiley went to buy his wife an anniversary present from jeweler Jennifer Pratt, and ended up getting a new kidney from Pratt as well. That’s personalized customer service and then some. 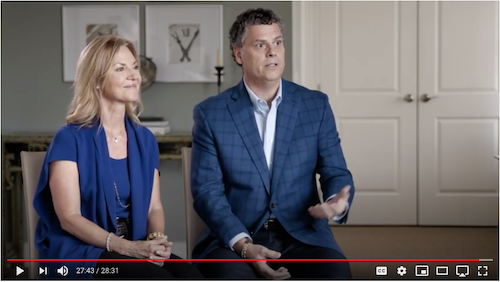 Jewelers Craig and Laura Underwood donated 65 acres of land to the city of Fayetteville, AR.

Jewelers behaving badly. While the overwhelming majority of jewelers are honest, trusted, and beloved members of their communities, there are always the ones that give the whole industry a bad name. Apart from the screaming discounters that make consumers view jewelers on a par with used car shysters, the industry’s first public case of a jeweler selling a lab-grown diamond as natural made Good Morning America in February. And unfortunately, even two luxury jewelers who were trusted names in their communities were found guilty of committing fraud in 2020. In Michigan, Joseph DuMuchelle (DuMuchelle Fine & Estate Jewelers) will be cooling his heels in prison for up to 12-1/2 years, while in New Jersey, Anthony Goltsch (Golden Goose Fine Jewelry & Gifts) was charged with failing to return customers’ consignment and repair pieces, and faces five to 10 years in state prison.

Now, the unusual. Isaac Levy of Israeli jewelry brand YVEL was tapped to make the world’s most expensive face mask: a $1.5 million diamond creation that can be fitted with filters. The customer is a Chinese businessman living in the United States. Meanwhile, diamond, gold and pearl face masks are popping up all over Asia and India, while U.S. based celebrity jewelry designer Michael Ngo created bejeweled masks to benefit various food banks and Black LGBTQ charities. 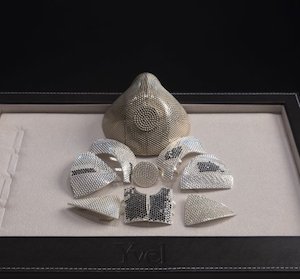 Rob Bates, a longtime diamond journalist and current news director for JCK, penned the first of what will be a series of murder mysteries starring an amateur journalist/sleuth who happens to be the daughter of a diamond dealer. The novels are set (where else?) in New York City’s Diamond District. Although Bates himself is the grandson of a diamantaire and his heroine, Mimi, is named for his late mother and her father, Max, was named in honor of his grandfather, he says the stories aren’t autobiographical in any way and his characters are an amalgamation of all the ordinary people he’s met doing ordinary business in the District over the years. 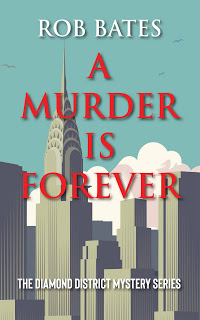 Finally, Toronto-based goldsmith Alex Dordevic tapped into the emerging legal cannabis market with a line of sterling silver and gemstone-encrusted cannabis accessories, including a little sterling silver hockey stick in case you get the urge to bat your buds before smoking them. He is Canadian, after all. 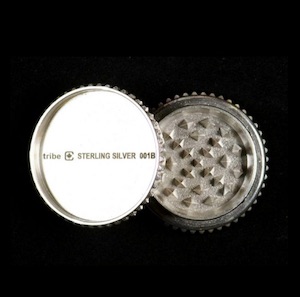