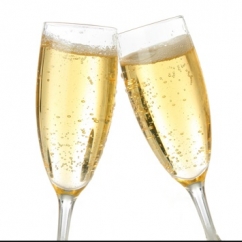 Merrick, NY—After a harrowing start to 2020, nobody expected to finish out the year with record-smashing holiday sales. Yet that’s exactly what happened, and the momentum continued throughout 2021. Not only did this year’s sales blow past the astounding records set last year, but jewelers used the time productively to improve their balance sheets, get their digital presence up to snuff, and better adjust their inventories. Indeed, despite the pandemic, the Jewelers Board of Trade reported far fewer retail jeweler closures in 2020 than previous years. Again, very few—3.4%—of those were due to financial distress and the majority were voluntary closings, whether due to owner retirement, illness, or some other personal reason.

Here’s a look back at some of the biggest news and top stories of 2021, starting with general industry news and macroeconomic factors impacting jewelry sales.

The first new variant of Covid-19, the B-117 Alpha variant, was detected in January at N. Fox Jewelers in Saratoga Springs, NY and the retailer warned any customers shopping there on certain dates in December 2020 to contact the city’s health department. But the alpha variant proved to be far less worrisome than the Delta variant that emerged later this year.

As the pandemic raged on, people gradually learned to cope with it. While the nation grappled with the politics of mask and vaccine mandates, many jewelry-industry events were impacted. The famed 118-year-old 24 Karat Club Banquet, traditionally held in early January, was canceled for only the third time in its history (the other two being during WWI and WWII) as were all the numerous other events occurring the same weekend.

The 2021 edition of the Centurion Scottsdale Jewelry Show was pushed back from late January to late May, AGTA canceled its February GemFair in Tucson, then tried for an April date that didn’t work either. It ultimately held its show in Las Vegas with the JCK and Couture Shows and other Las Vegas shows that were pushed back from early June to late August. AGS pushed Conclave back from April to September, and Baselworld didn’t happen at all. (It’s not happening in 2022, either, but that’s another story.) As the year went on, consumers gradually started going back into stores and jewelers to trade shows—but by year’s end the emerging Omicron variant of COVID-19 had already pushed back the dates for the 2022 24 Karat Club Banquet and the GEM Awards and sent jitters through the diamond industry.

After the harrowing insurrection on January 6 at the U.S. Capitol, the nation breathed a sigh of relief when the presidential inauguration went ahead without further incident. For the jewelry industry—especially the pearl sector—it was a prime moment as Kamala Harris, the nation’s first female vice president, wore her beloved pearls for swearing-in. First Lady Jill Biden wore Ruchi New York earrings for the inaugural celebration, as did first daughter Ashley Biden. And we discovered that President Biden is quite a watch guy, with a collection of about 10-12 watches spanning the gamut from Apple to Omega and Rolex. Watch writers observe his collection appears to be mainly entry level models from high-end brands, with price points roughly between $5,000 and $7,000. 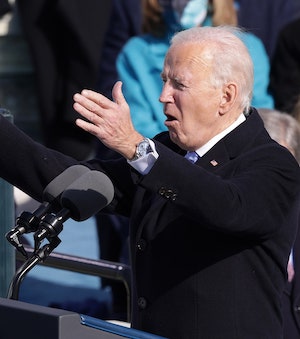 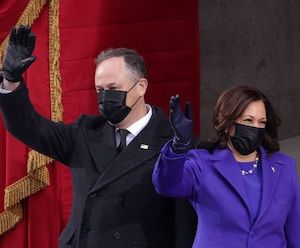 De Beers and other organizations conducted multiple studies all showing variations on a theme: consumers are ready to spend for valuable items that have meaning and purpose. That includes diamonds, of course. But don’t forget self-purchase: NDC ads remind jewelers it’s a very important category.

Following the June 2020 police killing of George Floyd, diversity and inclusion became a top-level social issue, and the industry also took steps to address the fact that Blacks are underrepresented in the diamond and jewelry industry. The Black in Jewelry Coalition was founded in late 2020 to foster the advancement of Black professionals in the gem and jewelry industry and, in 2021 the industry took more steps toward change. Diamonds Do Good launched a scholarship grant for Black jewelry students to attend GIA and launched a diversity initiative to create its next bracelet. More GIA scholarships for Black designers were underwritten by Beyoncé and jewelry designer Lorraine Schwartz, and the Black in Jewelry Coalition formed a partnership with major industry organizations such as JA, AGS, BIG, and more to bring valuable educational webinars about improving diversity, equity, and inclusion. Lorraine Schwartz also partnered with the Natural Diamond Council on its Emerging Designer Diamond Initiative (EDDI), created to build a more equitable future in the industry for Black, Indigenous, and People of Color (BIPOC) jewelry designers. 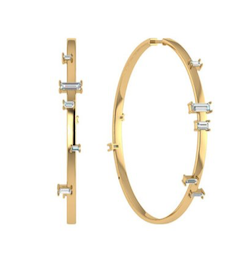 Gold and diamond hoops by Dorian Webb, one of the Natural Diamond Council's Emerging Designer winners.

Retailer Ben Bridge Jeweler, meanwhile, sponsored a GIA scholarship program for BIPOC jewelers through the Black In Jewelry Coalition and ran a Summer of Love & Unity initiative bringing together jewelry, art, retail, and inclusivity, and philanthropy. “This collaboration showcases Ben Bridge’s ongoing commitment to diversity and inclusion. We are celebrating both Love and Unity this summer in a beautiful and inclusive way,” said president and CEO Lisa Bridge. The jeweler’s windows featured original, custom art by Seattle artist Aramis Hamer. Limited edition prints of the artwork were sold with profits going directly to BIJC. And Tiffany named a diverse trio of women as its brand ambassadors.

Macro. The U.S. economy and stock market continue to roar ahead, with retail sales of all kinds following suit despite inflation and supply chain snafus. In May, the National Retail Federation chief economist Jack Kleinhenz predicted the economy to grow 6.6% this year, the highest level since 7.2% in 1984; Mastercard said jewelry was one of the biggest retail growth categories; and The Washington Post said luxury spending was set to rocket. Indeed, first reports for the 2021 holiday season show jewelry was one of the leading categories contributing to an overall 8.5% growth in retail sales.

Top bankers, economists, and precious metals experts alike say it's not government spending or inflation, but rather geopolitical and social issues that pose the biggest economic threat to the United States and the world. Jamie Dimon, CEO of JPMorgan Chase, says the U.S. economy is poised for major growth and Wells Fargo chief economist Jay Bryson in April predicted the huge surge in consumer spending. But both men fear the deep sociopolitical issues tearing at the fabric of the nation, and Dimon even went so far as to say that although America withstood the Civil War, World War I, the Great Depression, World War II, and the social issues of the 1960s and 1970s, this time may be different. 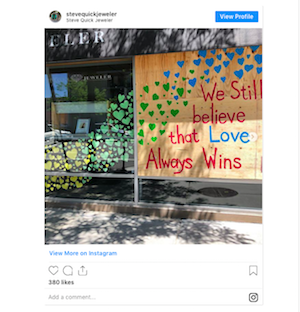 Jeweler Steve Quick posted a hopeful message on his boarded-up window in June 2020. Many top economists and bankers fear the sociopolitical divisions in the United States pose a far bigger danger than any economic issues.

Sustainability has become a mainstream concern, no longer the domain of the tree-hugger crowd. Brands and retailers ignore it at their peril. NDC made it the focus of an ad campaign (below), while one jewelry brand doing well with it is Bario Neal, a Philadelphia-based woman-owned jewelry store and brand specializing in ethically sourced and recycled materials. And GIA awarded a $50,000 grant to Mercury Free Mining (MFM) and the Alliance for Responsible Mining (ARM) to mitigate mercury use in artisanal and small-scale gold mining in Peru. 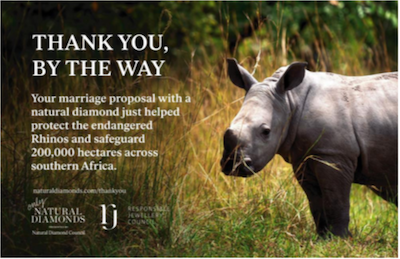 But a new UN report named gold a conflict mineral and CNN detailed the massacre of artisanal gold miners in Burkina Faso, that may be tied to al-Qaeda or ISIS. Meanwhile, environmentalists and indigenous populations in Alaska are rejoicing over the EPA’s latest stop on the Pebble Mine gold project. 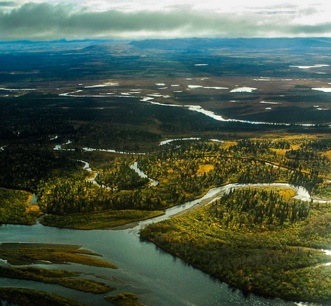 The Pebble Mine gold project in Alaska has been the focus of ongoing strife between mining companies and indigenous peoples and environmentalists.

Look for summaries of the year in retail, diamonds, and more in upcoming installments of The Centurion Newsletter.

Next article:
The Importance of Jewelry Store Mirrors